Occasionally I get the urge to paddle in the ocean. Normally to cure that itch I make the drive to Playlinda Beach, -Officially known as Canaveral National Seashore, so there is an entrance fee to the National Park.

Stop and pay the ranger then drive east past the old shuttle launch pads (Now the SpaceX pad and the NASA SLS launch pad) --Expect Canaveral National Seashore to closed for the countdown when NASA launches the SLS for the EM1 mission. 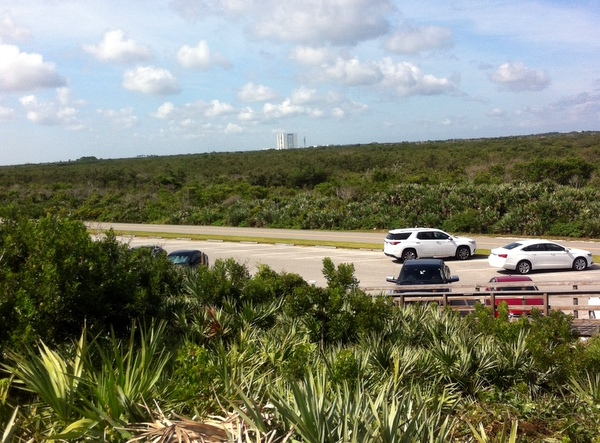 One of the parking lots of Canaveral National Seashore. VAB in the background. The Park is on the North end of the Space Center

Why Canaveral National Seashore? It is wild, and less crowded than the beaches in the central and southern part of Brevard County. No condos. No stop lights. 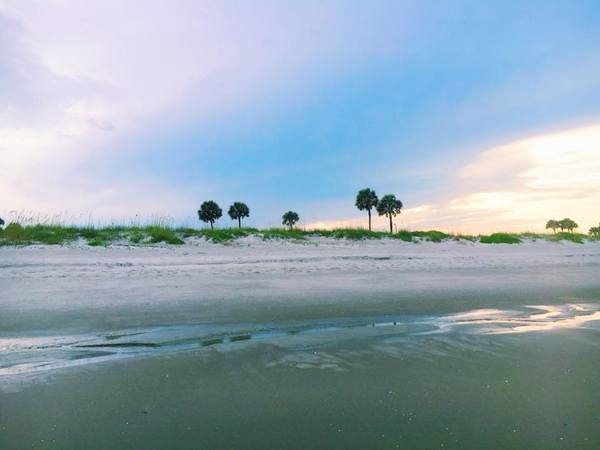 Have to admit, normally after a exhilarating paddle in the surf, on the way home I have to question the entire expedition.

--Because of the effort required to get the boat from the parking lot over the dunes.

I have a cart to do most of the work. However there is still the set of stairs to deal with.

An exciting challenge on the way to the water. A pain in the backside on the way back to the vehicle. 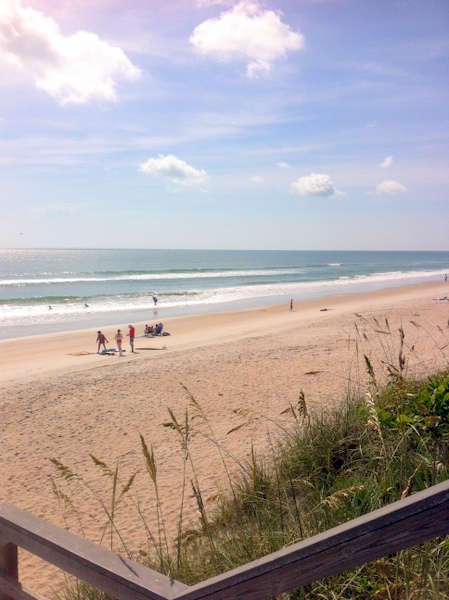 Dealing with the stairs.....

At the north end of Canaveral National Seashore is the Nude beach part of the park.

I don't quite understand the rules for optional clothing at the north end. However it is by far the most crowded part of Playlinda Beach. 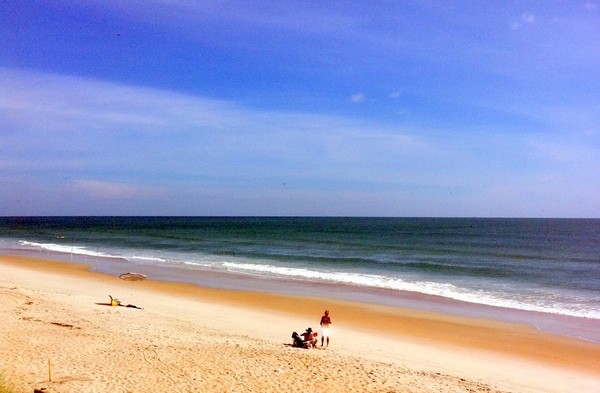 Most of the Naked patrons are fairly elderly it seemed to my casual observation while paddling past the nude beach.

And to be fair most of the nudist walk far north of the two parking lots-a mile or more to get a little privacy.

Still a few chubby fellows seem to be trolling the beach right over parking area. 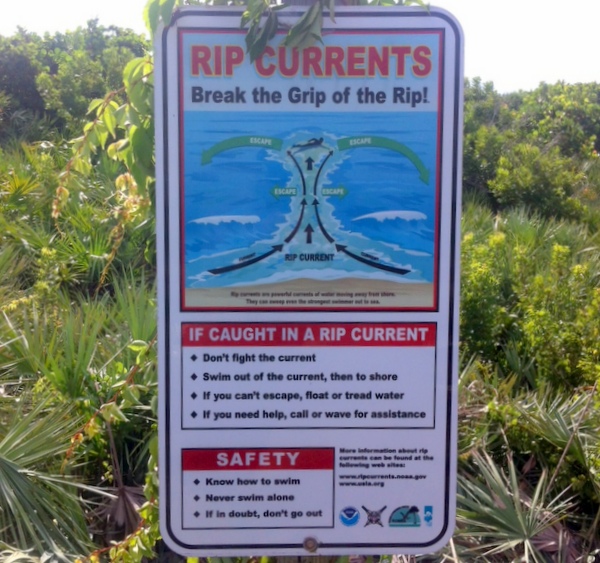 Personally I would be rather uncomfortable getting caught in the rip current while swimming naked. Lot of hungry bluefish in that surf.....

WHAT IF YOU GO SOUTH TOWARDS THE SPACE CENTER? 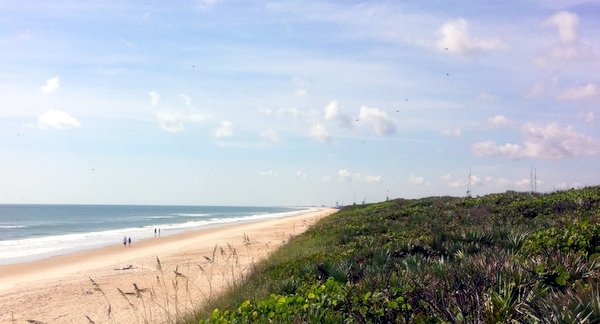 Walk or paddle south towards the launch pads?

No problem, however when you reach the posts you must stop walking. -You will be entering Kennedy Space Center 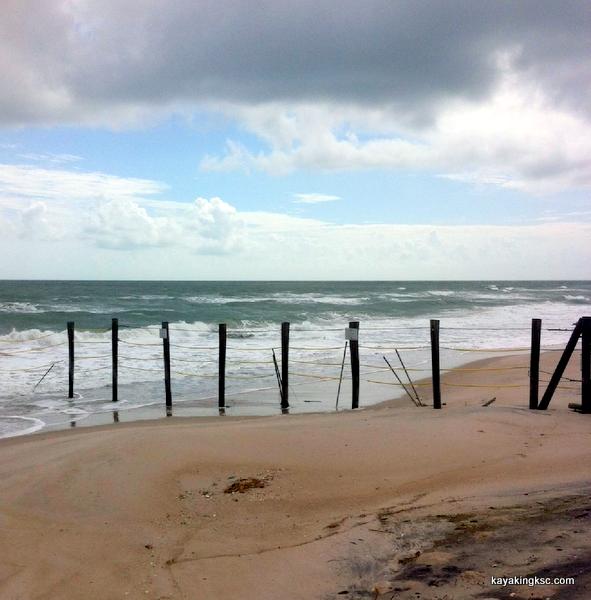 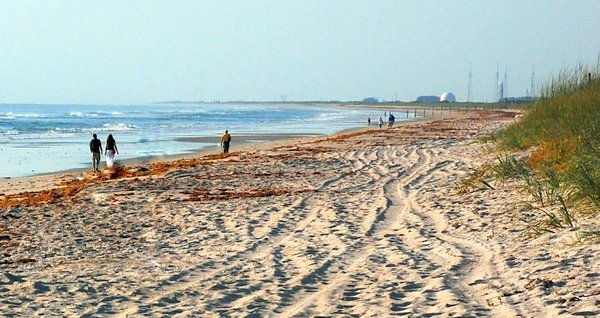 Do not walk past the posts in the sand.

This happens to be one of the best spots on the space coast to watch or photograph a rocket launch.

In the shuttle days, the beach was closed during launches. --Expect the beach to be closed again when NASA launches their giant SLS rocket.

If you are paddling -no problem, go as far south as you wish -following two rules:

Do not step ashore-or you will be arrested.

Do not paddle south during a count down-rocket launch-Don't worry, you will not get very far anyway. 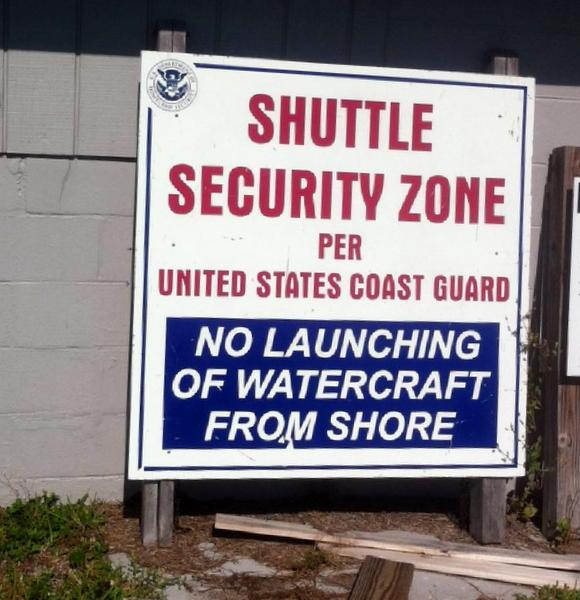 The Space Shuttles are long since retired to safe museums, but the rules remain the same.

No beach launching of boats during the countdown for rocket launches. The beach is open for viewing of most launches however security does want a wayward kayaker to aggravate things. 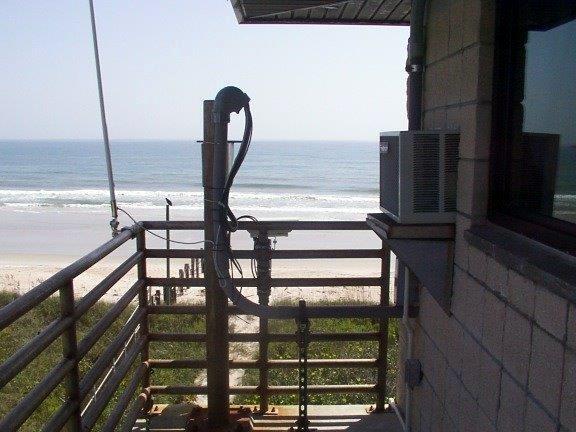 This is the view from Eagle 4, security watch tower straddling North Kennedy Space Center and South Canaveral National Seashore. 24 hour hours a day in the event of a lost tourist.

Remember when paddling around the space center beach....just don't step ashore and everyone is happy

Little note: Canaveral National Seashore has two entrances: One in Volusia County and one in Brevard County.

Why??? Turtle Mound (Spanish exploration of the space coast) is awesome and the tidal flow in that part of Mosquito Lagoon is really interesting.

So why?? I avoid the northern part of Canaveral National Seashore because there are only approximately 35 parking spots.

The south end (Brevard County) has room for I would guess 400 cars.

--I only had to go the north end ONE time and not have a parking spot before I gave up on the north end. -Just sayin....

Something from the space age

I was standing on a boardwalk dune cross over at one of the favorite surf areas watching about a dozen surfers who were trying to gauge the waves. (Waves were too large for my skill set to kayak)

All the surfers were looking out to sea.

Suddenly between the beach and the surfers the water erupted with at least 50 sharks attacking a school of mullet.

A violent feeding frenzy as the sharks and mullet exploded out of the water. --Fascinating to watch even if there were not surfers in the water.

After about 30 seconds the sharks and the mullet in their white froth moved south towards the space center.

One (ONE) surfer paddled to the beach and carried his surfboard past me towards his car.

I asked how the waves were and he explained that he had see a shark and came in. (He had seen one shark!)

I still find that story funny. And a great lesson. What is in the water that you might not know about? 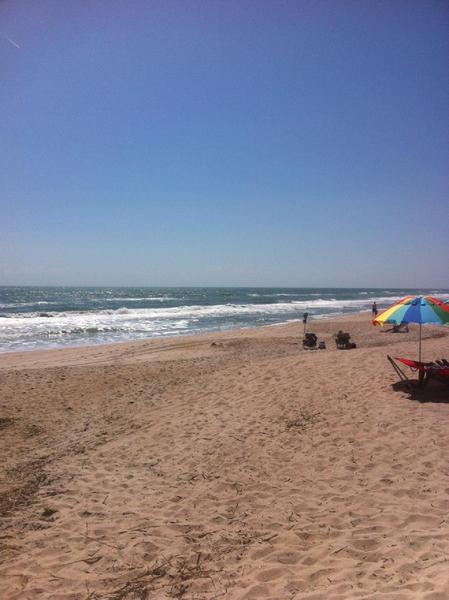 Had to edit this photo.   I was working at the last tracking station otherwise known as the nude beach and for the first time EVER in my experience, the naked, undressed folks were in the parking lot...showing off the goods? Anyway I took a stroll up the boardwalk & as far as I could see, north and south were folks missing clothes and slathering themselves with oil or something. I realized I was about to talk a photo of a slightly elderly undressed lady and politely shifted my phone away from the nudist. Had a good chuckle and went for lunch.