Paddling into Turnbull Creek like Taylor creek, or Sykes Creek is truly a trip into Florida's past. 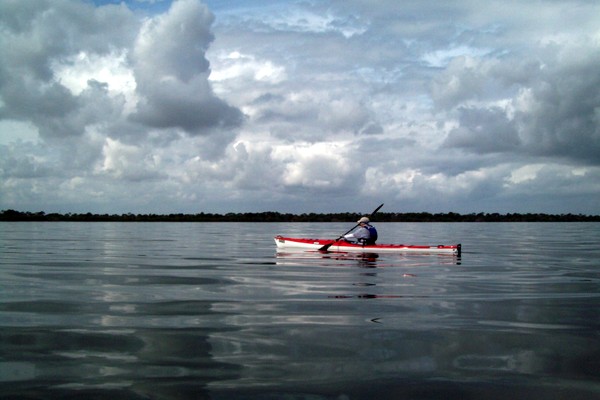 Paddling the Indian River towards the entrance of Turnbull Creek 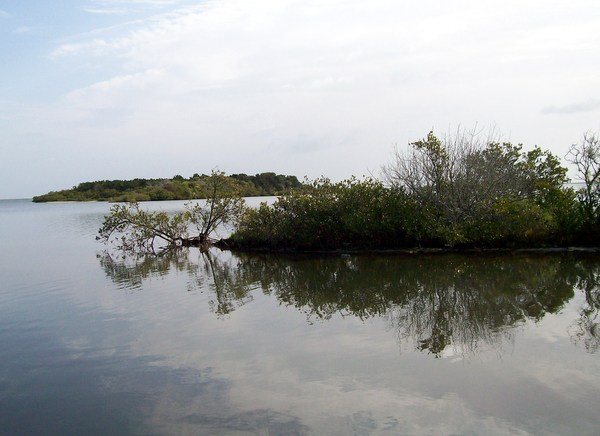 Nearing the entrance to the headwaters of the IRL

Spanish explorers noted a unique aspect of what today we call Turnbull Creek.

However the inhabitants of Turnbull Creek practiced agriculture -The only native Americans who practiced agriculture in what today is known as Brevard County. (Why no agriculture? It is easy to say the Ais of the Indian River were a primitive people; however after attempting modern gardens here on the east coast---The normal spring drought makes gardening extremely difficult without some method of irrigation)

Technically the Indian River headwaters are north of Haulover Canal in the form of Turnbull Creek--a freshwater tributary that flows from the pine and oak uplands north west of the space center. 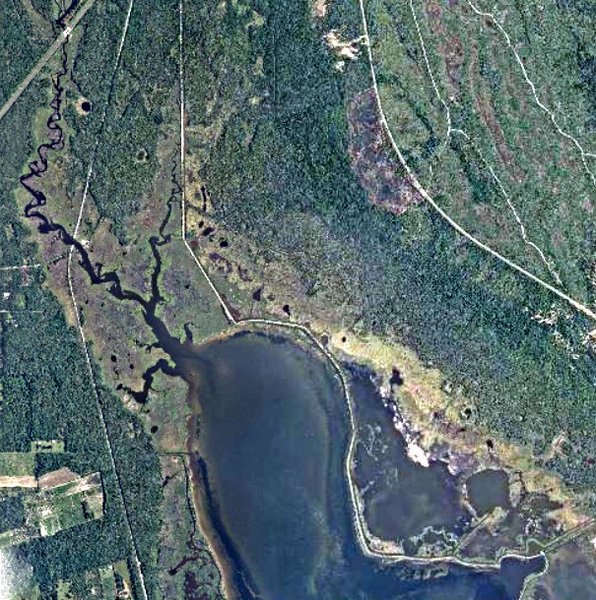 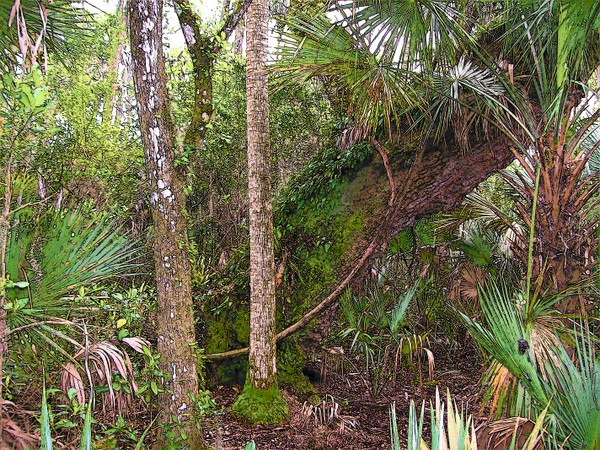 Deep into the Creek, the past is never really past

The Domingo Reyes plantation on Turnbull Creek as well as most of the east coast Florida plantations was destroyed during the Second Seminole war when the peninsula was awash with fire.

However the name Turnbull harkens back to English control of Florida and the English attempts to establish profitable plantations on lands acquired from Spanish sources or from the Creek and Seminole federations. 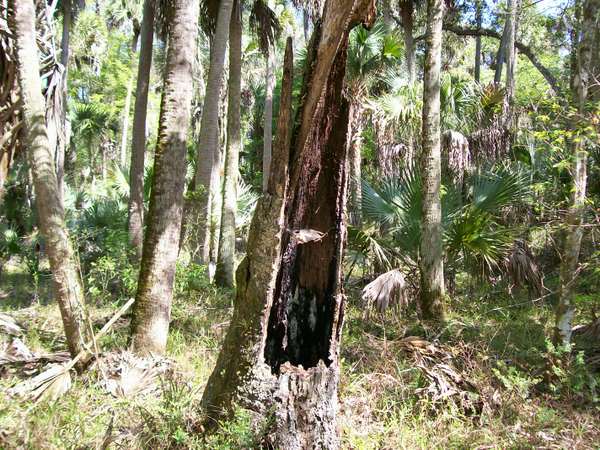 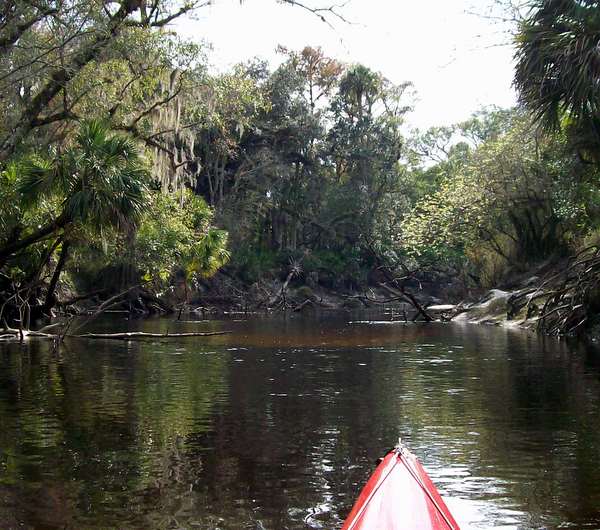 Andrew Turnbull a Scottish investor developed the concept to settle east Florida with Europeans from warm lands around the Mediterranean-people who were accustomed working in tropical climates. Turnbull also was convinced that indentured servants from Europe to be a better solution for a plantation, -more humane and profitable than enslaved Africans.

And so in 1768 Turnbull landed nearly 1500 Minorcans, Italians and Greeks on the wild coast of east Florida. 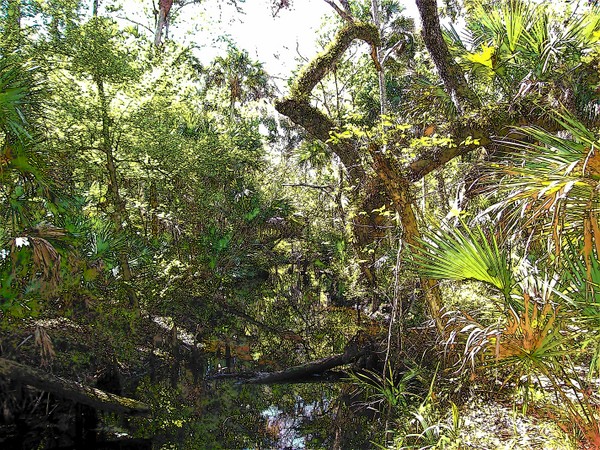 Turnbull Creek gets smaller the further you paddle upstream.

Some of his correspondence to investors and the Governor of Florida are fascinating to read. Truly time travel!

Turnbull Creek of the Indian River headwaters was the southern boundary of the Turnbull plantation/land grant.

Wild Florida imposed incredible hardships on the settlers from the civilized Mediterranean who faced hurricanes, Indian raids and disease.

The Turnbull Colony eventually dissolved into murder and slavery, the people from the Mediterranean suffering greatly from hurricanes. Indian raids, disease and malnutrition finally sought to escape.

Escape to where in wild Florida?

Many of the indentured servants fled north towards St Augustine or south down Turnbull Creek and the bounty of mullet and shell fish of the Indian and Banana Rivers. (and hope of escaping to Cuba)

The refugees even establishing a small colony of runaway Italians and Africans with the surviving Ais Indians on the islands of Banana creek. 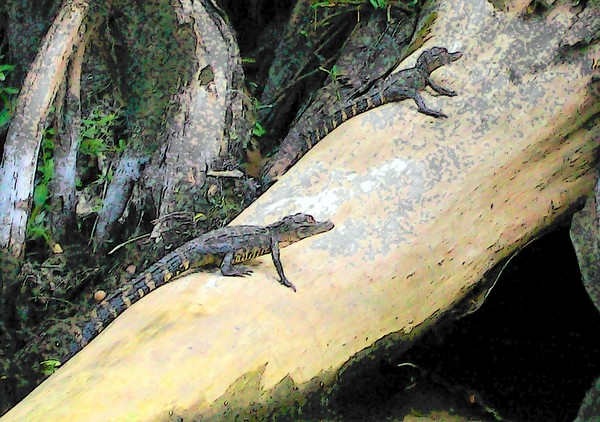 Paddling Turnbull creek from the salt marsh at the mouth of the creek and deep into the fresh water biosphere observing the numerous Terrapins is a magical experience -where it is easy to imagine the pumpkin and maize growing Ais Indians, bold Spanish explorers or runaway Italians and Greeks fleeing the disastrous Turnbull plantation.

All part of the space center's past! 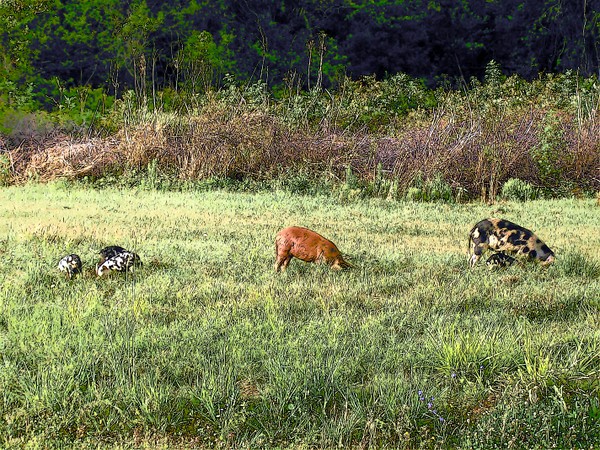 Feral Hogs on the bank of Turnbull Creek 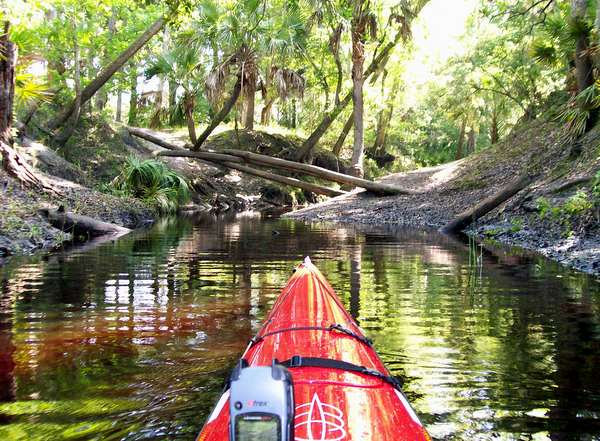 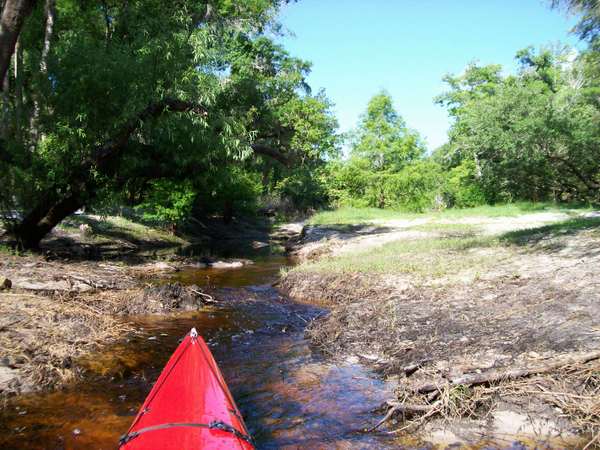 This was as far as I could get.

I claim this as the headwaters of the famed Indian River Lagoon. (note this was after a storm and so this is "high water")

Note: When the Turnbull colony failed and the shocked survivors (only 700 survivors of the original 1500) fled to St. Augustine to become the core of a new population of Florida when Spain regained control of their on colony.

Others from Turnbull  moved to the Indian River, Banana creek and Banana River to harvest and sell fish to seasonal visiting Cuban Fishermen

It is recorded that these free fishermen while harvesting turtles on the Atlantic beach were the first Europeans to discover the remains of the French site of Jean Ribault's efforts to cobble together to wrecked ships and the successful escape the Spanish who succeeded in their efforts to destroy French settlement of the River of May (St. Johns River)