The beaches north and south of Kennedy Space Center.

Great surfing except for the summer lull.

Actually during the summer doldrums, there is at least one set of people who look forward to hurricanes slamming into Florida & bringing towering waves. (Hurricane Dorian is off shore as I write this)

Brevard County is LONG. With approximately 72 miles of beaches and the space center conveniently divides the surf/paddle areas into North and South beaches. 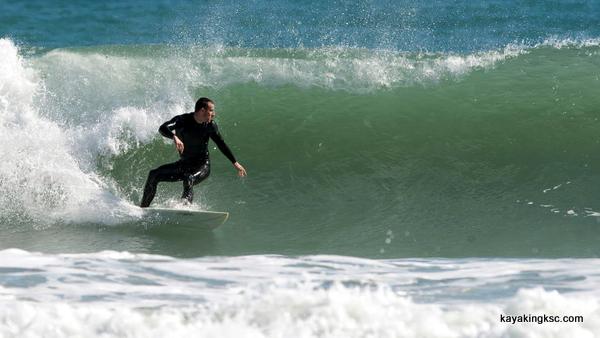 My Son Rob enjoying the surf after our efforts for the

Trash Clean Up at a beachside homeless camp

The beaches of Cape Canaveral Air Force station and Kennedy Space Center are off limits to the general public except for the few authorized beach fishing locations if you possess a CCAFS or KSC badge. 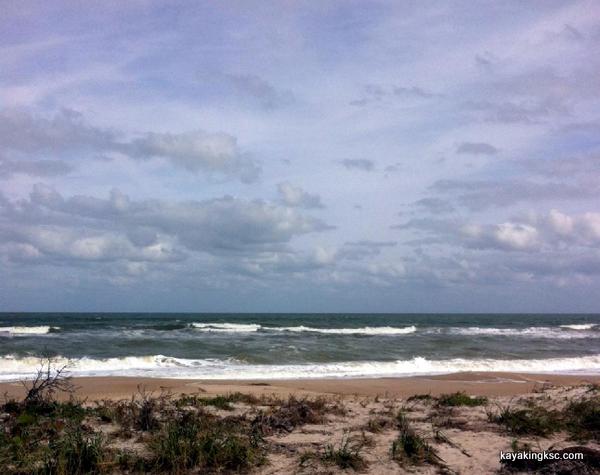 Photo: Taken after the hurricane

Of course if there is not a rocket launch scheduled, then the waters (waves) of the two bases are technically open to the public.

Fishermen take their boats right into surf of the un fished waters of KSC & CCAFS.

So anyone can surf the waves of KSC, just have to arrive and leave by boat.

Oh and if a fisherman or a surfer was to step foot on the space center beach or air base.....Well there would be a very quick trespassing arrest, perhaps a judicious use of bullets and bayonets.... Or a perhaps a simple polite & stern warning.... 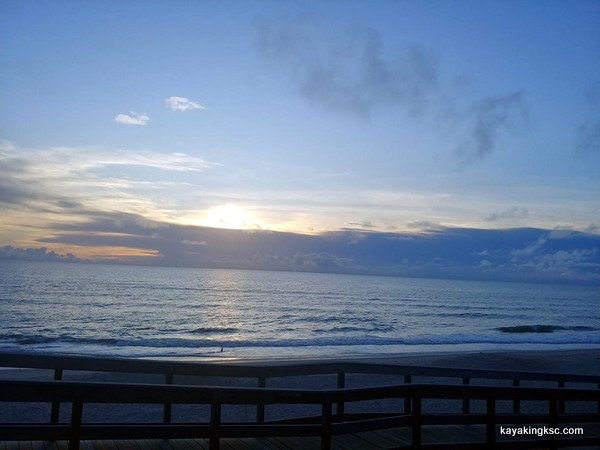 Photo credit: My son Richard out for some early morning waves.

Canaveral National Seashore is located on the north border of Kennedy Space Center and has the best rocket launch viewing open to the general public. There is a parking for about 300 vehicles and the beach closes when the parking lots are full. 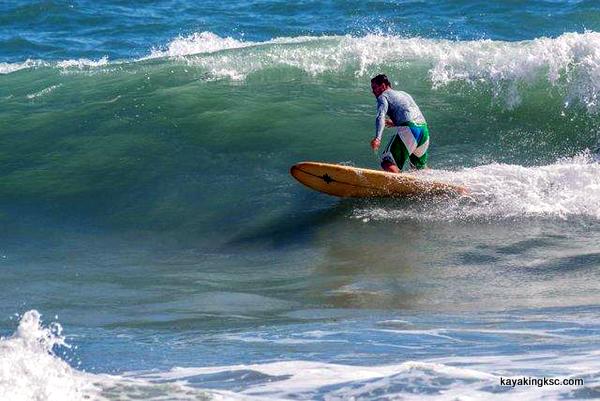 Richard sent it to me and obviously he did not take the photo. 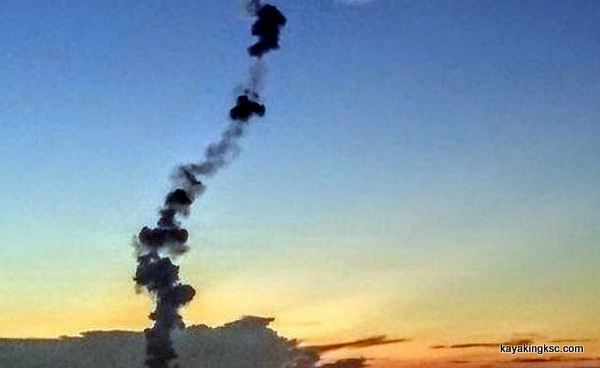 Surprise dawn launch from the surfboard! 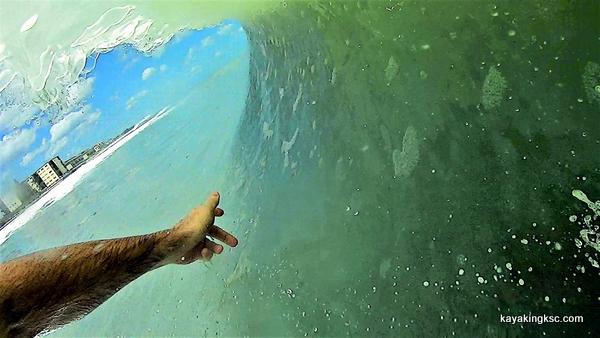 Richard was up at the wild isolated Playlinda Beach.

In this photo Rob is catching a wave on the more crowded areas south of the space center.

The wave is curling over Rob 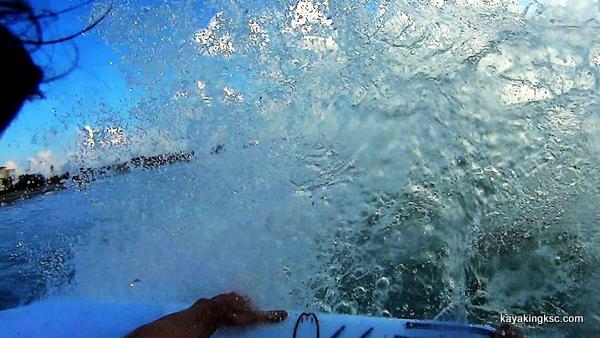 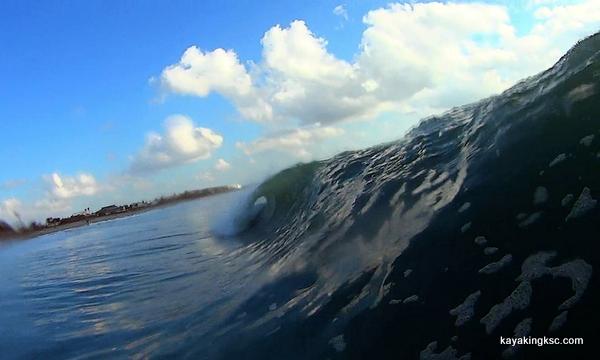 Down the slope towards the close out! 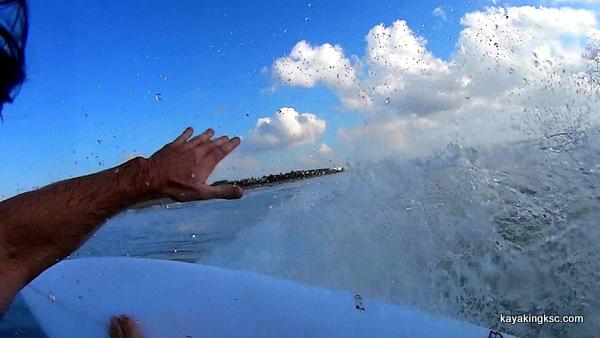 Escape the close out and do it again! 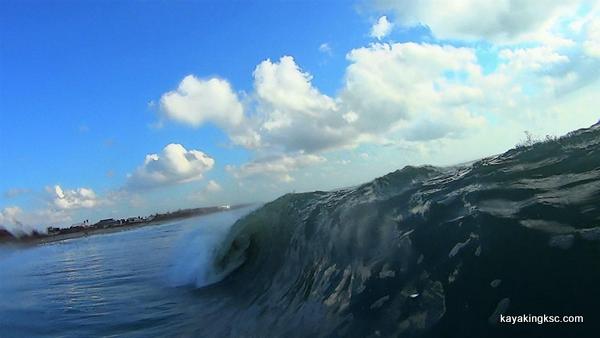 On the lip of another wave.

Breaking too soon? Take this wave or push over the top and grab the next set?

Seven years as a diver for the United States Air Force in the Caribbean and South Atlantic.

Serious fishing addiction my entire life....Or at lest every chance possible. 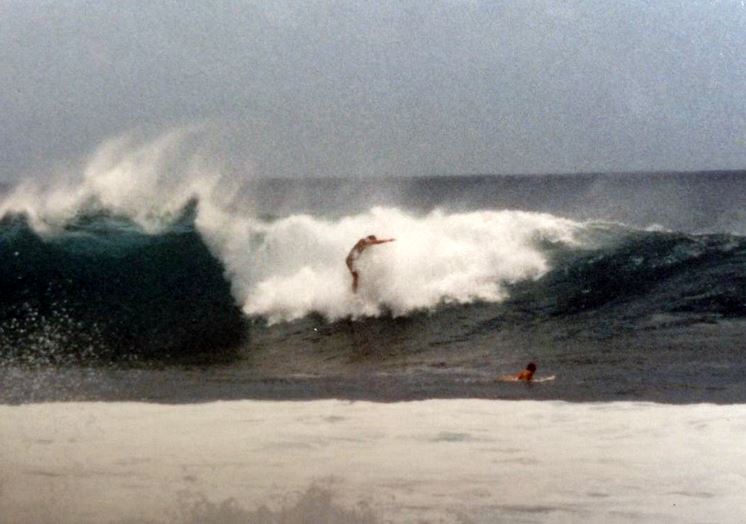 Ignored the sharks. Enjoyed the waves.

Now paying the dues for that sun exposure. (over exposure)

The result... on my Scotts-Irish-Slavic freckled skin?

My dermatologist giving me the ultimatum.

Basically No more board time, sail or wave.

The kayak? Kayaking is Okay as long as fully covered and then some. Even the 340 mile kayak races in the brutal Midwest summer are okay with proper clothing.

However "Surfing Kennedy Space Center" is over for me. I can only look & enjoy my children's surf exploits.

And wince as the skin damage during my time on the islands severing in the USAF and a diver for the USAF.

Kayaking around the space center?

The Banana River No Motor Zone 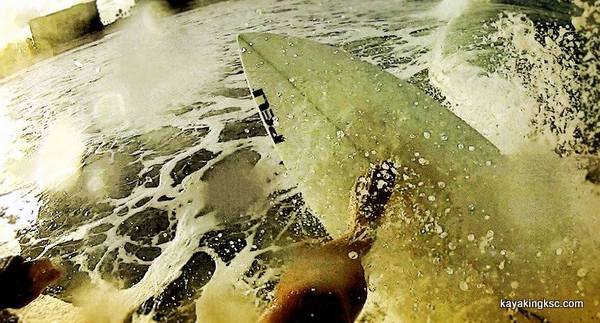 All Florida surf photos were taken by Rob or Richard. (Except for one unknown credit)

Quite obviously I did not delve into the best surfing locations,(Sebastian Inlet and Patrick Air Force Base, the debate between long and short surf boards. The intrusion by stand up paddle boarders (competition for wave space) and the never ending wars between the surfers and the surf fishermen.

There are too many other excellent surfing web sites that cover that information.

However that addiction is still with me & so this page.

About the never ending wars between the surfers and the surf fishermen? The problems almost always arise from the surfers. This may not be a popular sentiment to write.

However surfing is an addiction and with any addiction the bad part of human nature. I also glossed over the territorial fights between the surfers and cursing over another person dropping into "your" wave.

The legendary boat wrecking waves off shore of Kennedy Space Center, a rescue house and a missing treasure ship