Small Apology. On this page and others, I have not yet changed the name of the Air Force Station to "Space Force Station"

I will, as I get used to the new name.

As a kid from Missouri...

I eagerly joined the United States Air Force, which had offered up the "suggestion" that I would get assigned to my goal the great wilderness of Alaska.

However upon completing Technical School in Texas & opening my orders; I stared with uncomprehending eyes.

The orders stated "Florida" and the assignment came with a brochure that showed rows and rows of launch pads along the ocean. Cape Canaveral Air Force Station, also known as Cape Kennedy. Where the first humans had launched towards the moon. 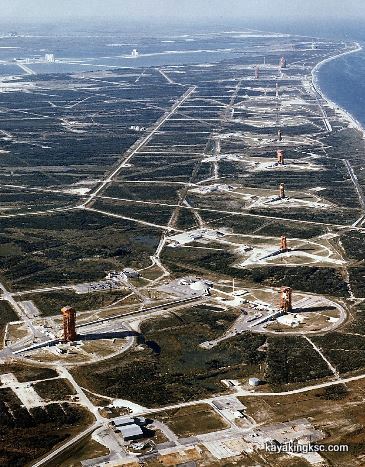 Florida??? Photo of "Rocket Row" I was handed with my orders 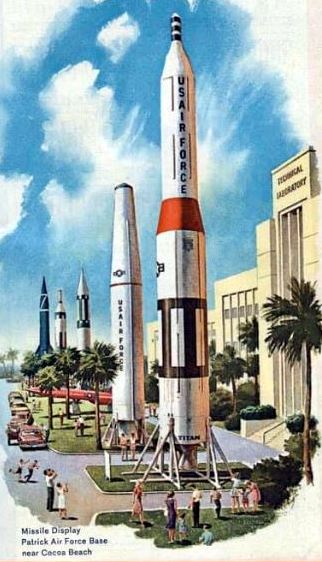 Another brochure with my orders.

Other Airmen were jealous and tried to get me to trade assignments. I was intrigued by their behavior. What could Florida offer besides sunburns?

The USAF with infinite wisdom had assigned me to Cape Canaveral Air Force Station CCAFS. Home to the 45th Space Wing and a shared border with NASA's Kennedy Space Center.

I was assigned to the 2179th E&I Squadron; my duty station was CCAFS, and my barracks (sleep location) was Patrick Air Force Base on the coastal barrier Island between the somewhat famous communities of Cocoa Beach and Satellite Beach. Much of the work took us to the far flung USAF Eastern Test Range islands.

I soon had girlfriends in the somewhat infamous contaminated areas of South Patrick Shores. 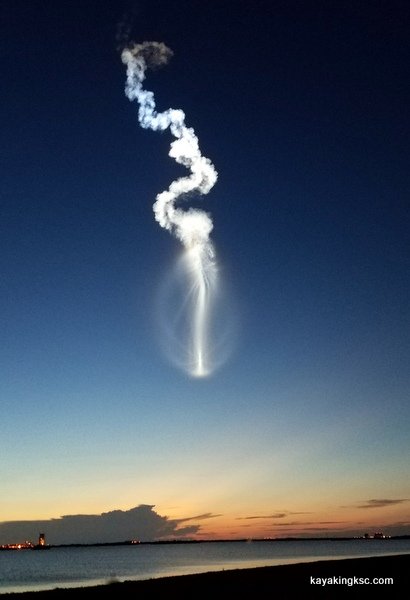 A ULA pre dawn launch of an Atlas Rocket over Cape Canaveral Air Force Station and the Banana River.

My time in the Air Force at Cape Canaveral Air Force Station is ancient history like the Ais Indian mounds that dot the base.

Other old news was my years as a Pan Am diver, our headquarters and equipment staging area was Complex 11 on CCAFS. Serendipity...? 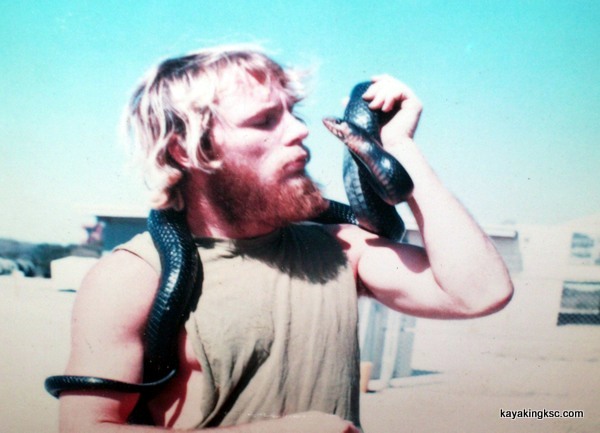 Out of the United States Air Force and hired on with the Pan Am World Service Divers. 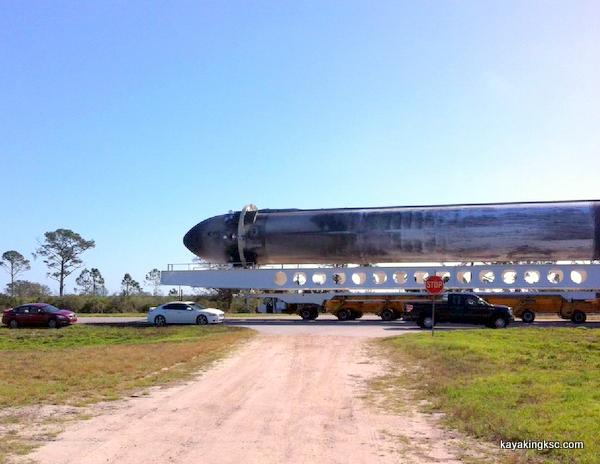 CCAFS today. Pull over for the rocket traffic!

Roughly every three weeks a rocket blasts off from CCAFS.

SpaceX has a launch pad on CCAFS and on NASA's KSC.

The new Blue Origin launch pad has been under construction for nearly two years on CCAFS. 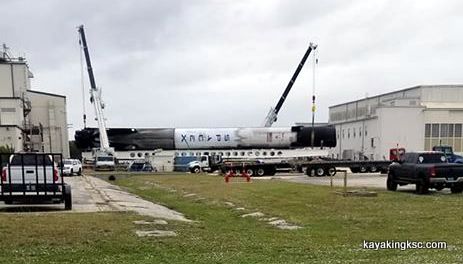 SpaceX landing their rockets back at CCAFS and re-using 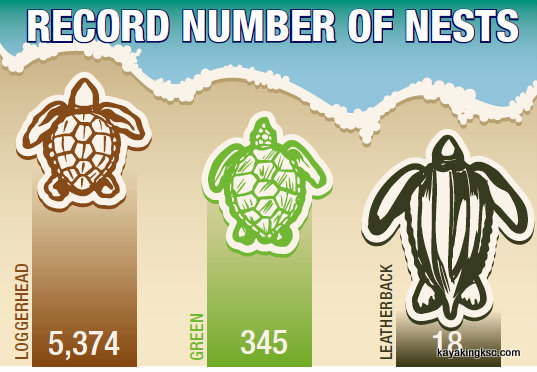 It is comforting to know the turtles will always have a place to lay their eggs. 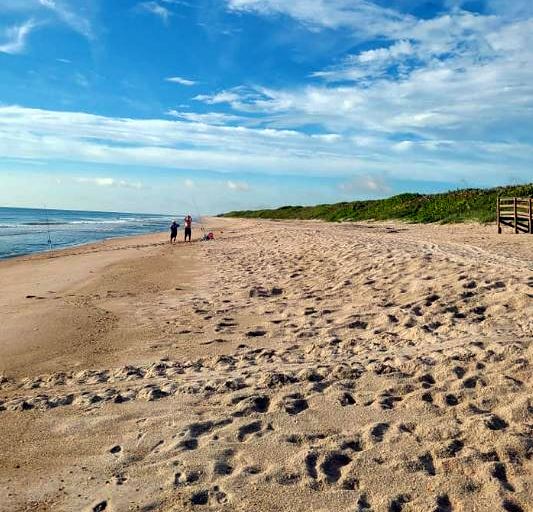 Turtle tracks on the remote beachs 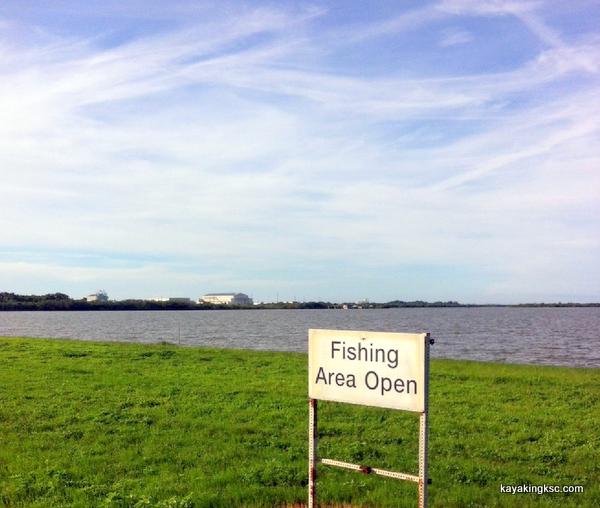 Thankfully-in a world of rocket espionage and trade secrets (Blue Origins vs SpaceX vs ULA) shhhhhh...

One of the best kept secrets is that the area of the Banana River next to CCAFS is still the best fishing on the east coast of Florida!

The 10,000 acre "No Motor Zone", No gas powered or electric (Spell checker had me write: eclectic) engines allowed. "Sore arms only"

Well perhaps the NMZ is not really a secret however the four hour paddle to reach NASA Causeway turns most people away.

OR they only paddle the NMZ ONE TIME because the wind and weather are so unpredictable in the Banana River. 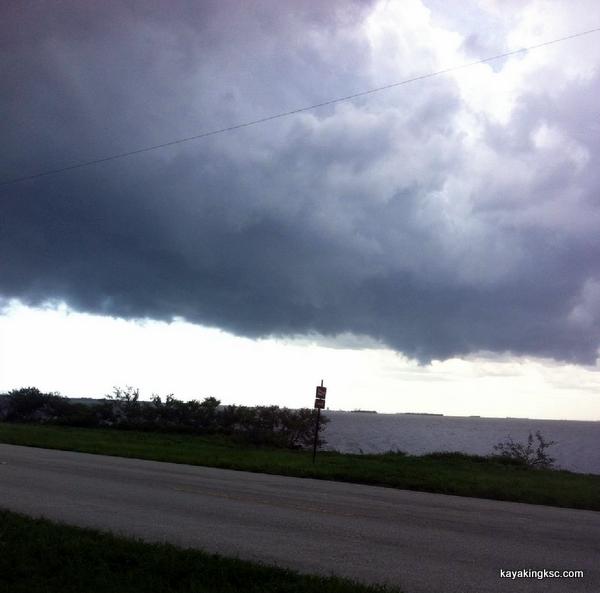 High noon on NASA Causeway as a Florida Storm turns day into night on the Banana River No Motor Zone.

In the background: The manatee infested islands of CCAFS. Kayaks and canoes beware! 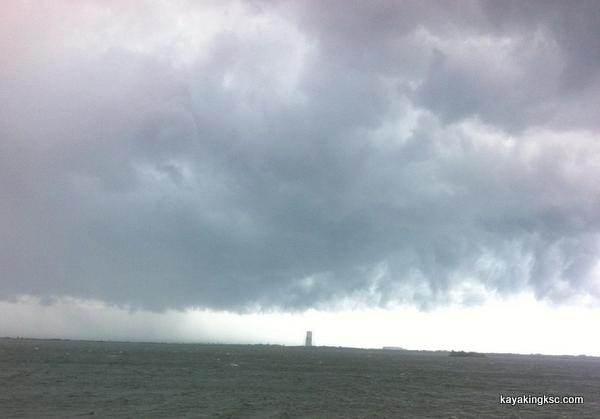 A hazard to canoes and kayaks.

Fishing the most restricted spaces on special guest days. (Or catch and release a world record fish) 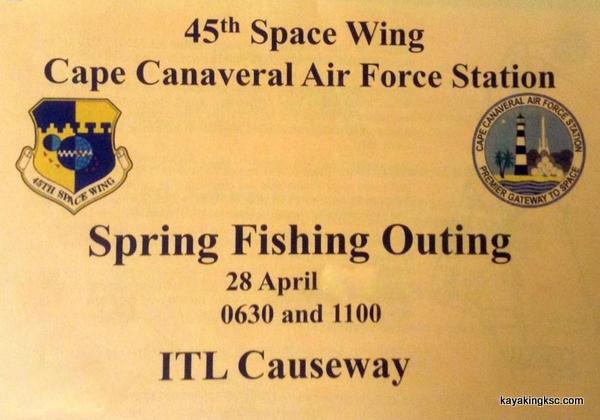 One of the coveted "CATCH AND RELEASE" Fishing passes in the restricted areas. The goal is for four and half hours of fishing the amazing waters of CCAFS!

These are very rare events and with the booming launch schedule getting nearly impossible to organize.

In fact: This may have been the last outing ever.

A special canoe/kayak launch location that places you directly around the islands of the No Motor Zone and to the deep channel that was once used to bring in the space shuttle rockets retrieved from the Atlantic.

Forget a long paddle. A few strokes from the CCSFS launch and you are instantly in the world famous No Motor Zone 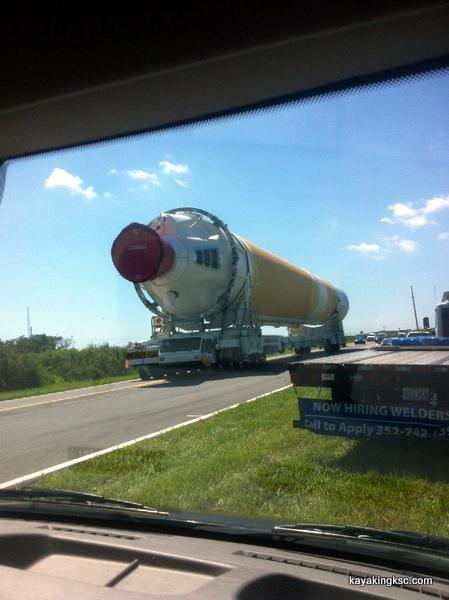 Life on a rocket base. "Yield to the big stuff"