When it comes to evil, how do you choose? 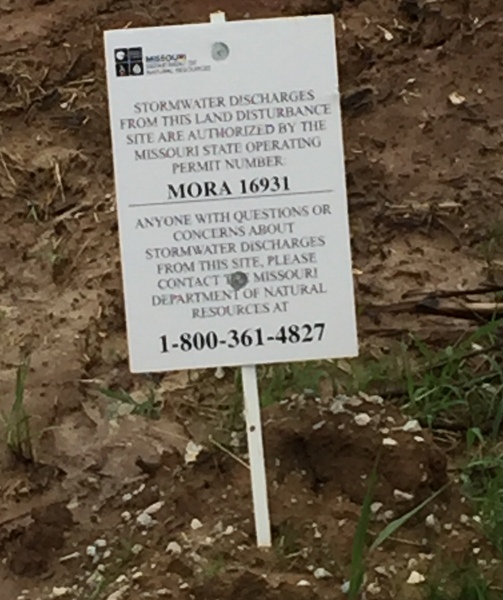 The sign in the mud reads: Please call the Department of Natural Resources for questions at 1-800-361-4827

PLEASE BE NICE when you make the phone call. 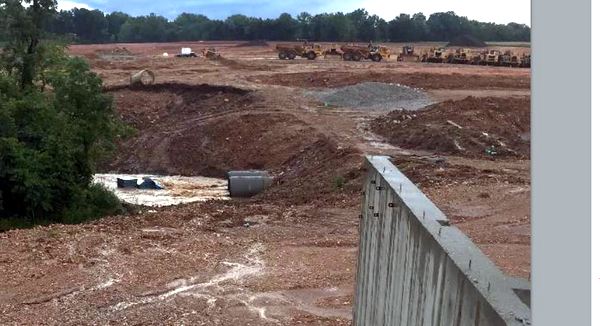 Silt laden water on the way to August A. Busch Memorial Conservation Area

The City of O'Fallon (Mud City) authorized the clear cutting of almost 300 acres of old growth oak and hickory trees, to the dismay of the resident fox squirrels, bats and honey bees.

At the zoning meetings, we stressed that the sloped land proposed to be denuded, drained through our horse pastures. How were they going to stop the water from flooding us? The silt and mud?

Big yawn at our concerns. 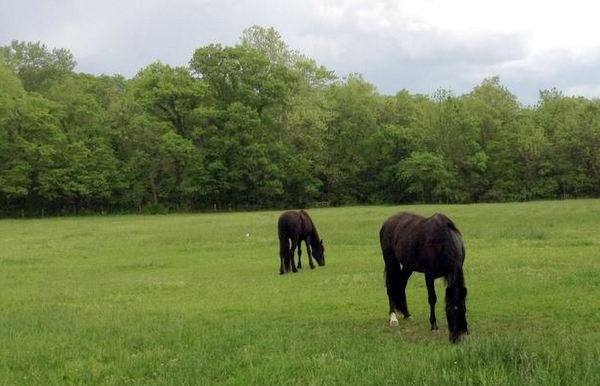 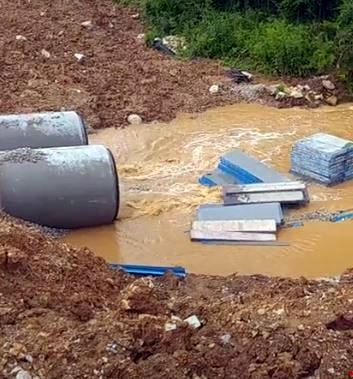 Per USDA TR-55, not one more drop of water can leave the property than before "Improvements"

The Army Corps of Engineers is obligated to monitor all phases of the fish kills. 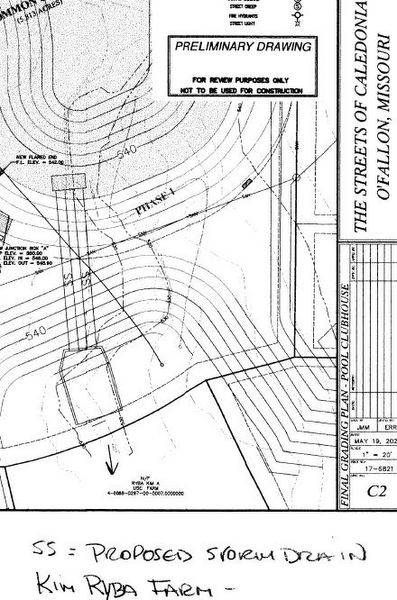 The plan presented at the O'Fallon City Council meeting.

The law is being followed they insist.

Bury a spider web of hidden six foot tall drainage pipes to all empty into a basin.

At the bottom of the basin, bury two 3 foot tall pipes to empty the collected water into our Spring Branch creek.

The scam promoted by both the developer and the City of O'Fallon, and approved by DNR, is that as long as one drop of water empties through the two, three foot pipes, then all is well.

The law is being followed they will insist.

The poisons are of no concern. 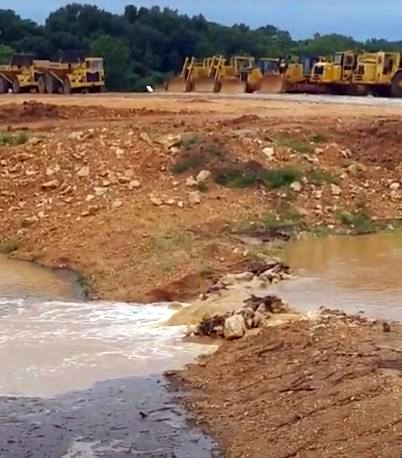 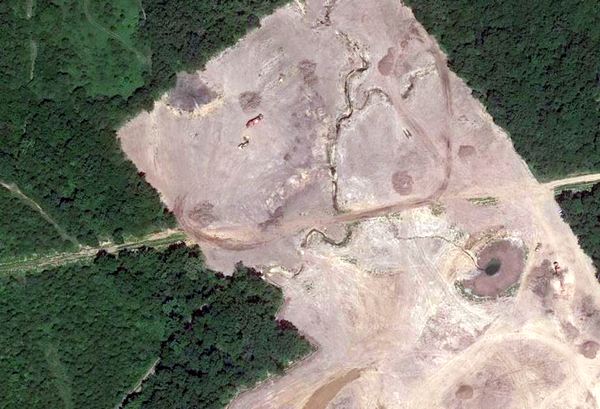 Partial aerial view of the Spring Branch BEFORE it was buried in 6' tall pipes. Note this is a sloping hill and we are down hill. (Lower left)

The Army Corps of Engineers, the MoDNR and the City of O'Fallon bless this disaster.

For a moment, ignore our horse farm, (the powerful groups do, because that is what dictators do) ignore our property; look closely, adjoining us, our neighbor is Busch Wildlife Area and Dardenne Creek.

Busch Wildlife Area is one of the few wildlife areas in the St. Louis/St. Charles area.

The last green zone if you may. 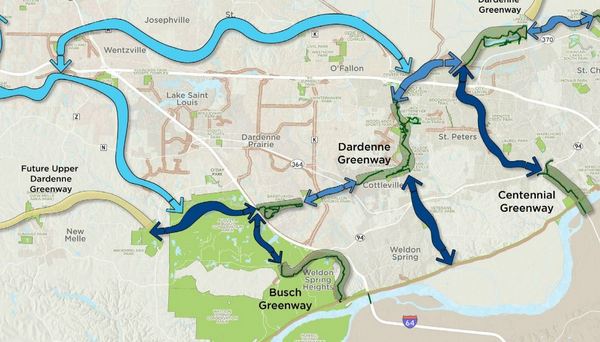 The Greenway project, now known as the "Mudway"

Which is the worst ecological disaster?

The aviation fuel lingering in the gravels of O'Day Creek.

When it comes to evil, how do you choose?

Where storm water once had the chance to travel through woodlands, absorb into the aquifer, it is now jetted like a giant flush toilet onto the O'Day Creek & the wildlife area.

**Flooding: The City of O'Fallon insists. "Creeks Flood" & ANY erosion is natural.

**Silt and turbid waters: The death blow of many waterways and wildlife is given the green light to kill. Ignore the Clean Water Act, as the Corps of Engineers looks the other way. 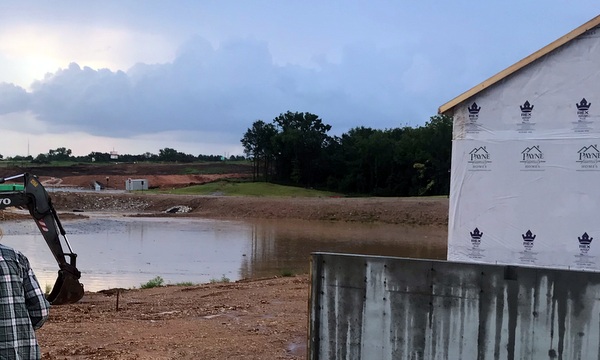 Fertilizers and the 'other' death blow to streams, ponds and lakes around the world. The source of oxygen depriving algae blooms and fish kills.

Wildlife Area and fish kills. Not an issue for the DNR, Conservaton Department and the Corps of Engineers.

Will check with the EPA, but know the answer already. 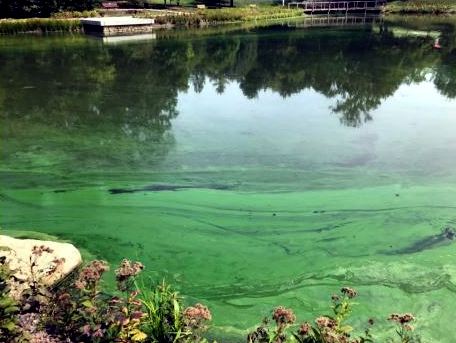 This is a photo of an algae bloom from "The City of O'Fallon's zoning meeting" - Fort Zumwalt park. The City fathers were quite aware of the deadly algae blooms, but cared little how their projects would affect Busch Wildlife.

Putting the Green in the Dardenne Greenway 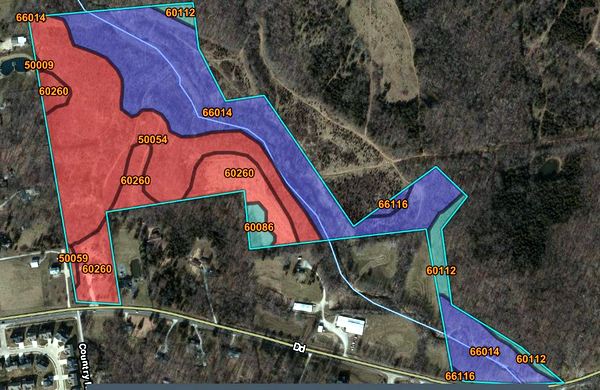 Why the odd shape of O'Day Park?

The pipeline leak hidden history and pollution of course.

The bottom right number of 66014 was never remediated and to this day, petroleum product rises to the surface of the gravel.

**And the leaked pipeline fuel that is still in the O'Day Creek?

The increased flooding encouraged by the City of O'Fallon with their new O'Day Park and approval of 600 new homes on the east bank, will stir up the long dormant 'black death' bringing a new round of fish kills in Busch Wildlife Area.

Missouri DNR, chose to let the black death remain in the O'Day creek, rather than make the oil company clean up their mess. The City of O'Fallon took ownership of the land and leaked fuel.

Sad what lies in store for the wildlife of Dardenne Creek.

And the talkers? The Department of Conservation, I mean 'Conversation' --they will talk about selling a fishing license, to fish to a dead stream.

Final comment on the Color soil type of the O'Day Park.

The middle right section of park that juts east?

That is the Spring Branch Creek.

All the mud, silt, fertilizer, poison and turbid water rages from the spillway of the retention pond and onto PARK property, before making it's deadly way to the wildlife area.

Does the City of O'Fallon then own the poison and mud?

Ask the Corps of Engineers???

(My apology for that joke)