Photos and comments from our winter inspections & surveys of the towns and boat ramps along the Missouri River. The photos were taken over a couple of winter trips. (Viewing both low water, flooding and snow)

Paddling on the River in the winter would be.....not advisable (I don't want to hurt anyone's feelings by saying it would be stupid) 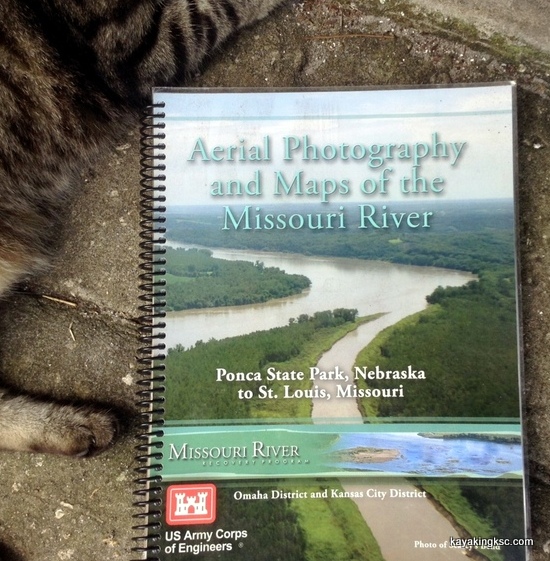 So the winter choice of exploration is by foot, car, book and Internet maps. 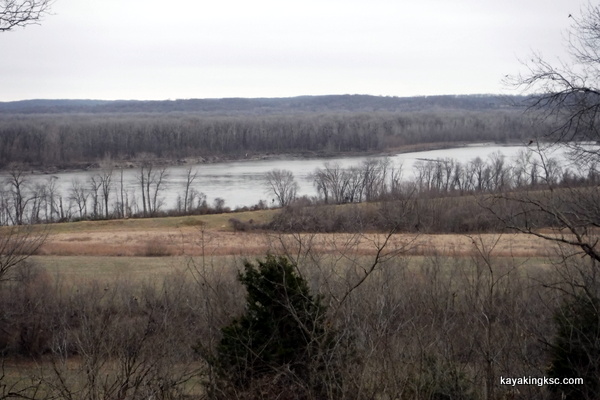 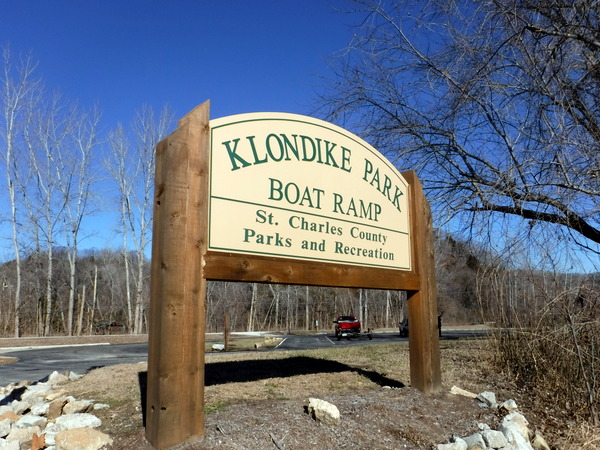 (approximately 40 miles from the finish line) 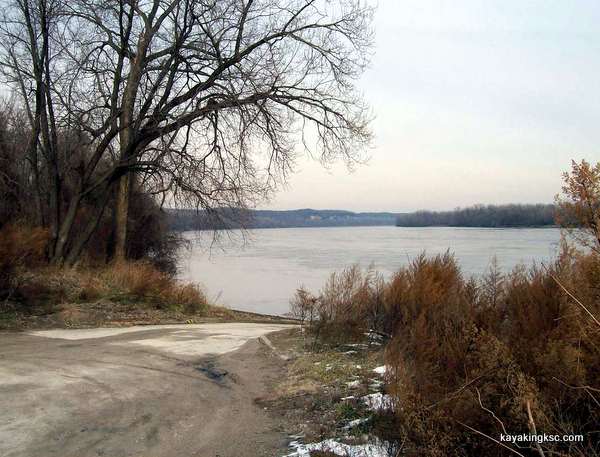 Snow along the Missouri River on a cold Midwest day 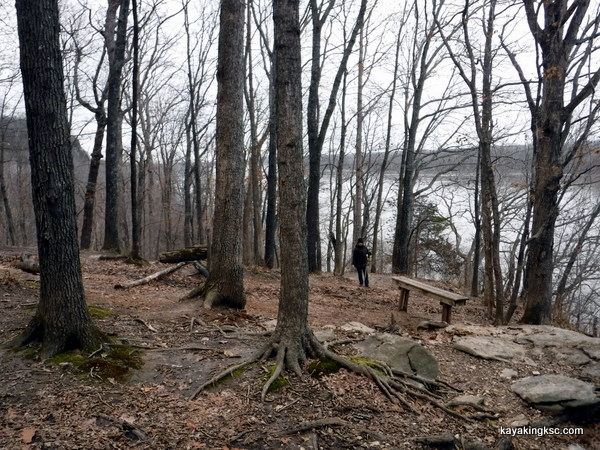 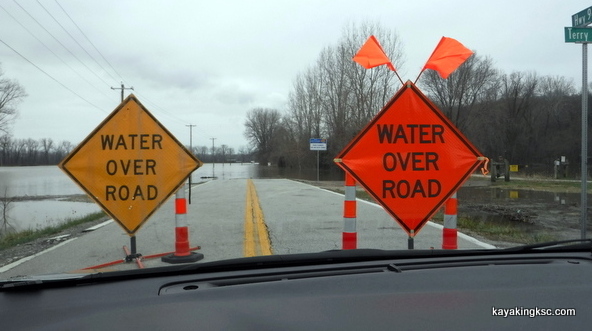 The Power of the Muddy Missouri River

Comment on the photo above: This particular high water was almost as bad as the historic 93' flood.

Of course the MR340 race would have been canceled if the river had been in flood stage.

If any part of the race course is above official flood stage, the race start will be delayed on even canceled.

One year the race was delayed until October. Which meant cold mornings, less daylight and autumn foliage.

Update: The 2019 MR340 race has been delayed until October because of expected historic water levels.

A fall race is amazing. We have done one other autumn MR340. Daylight hours are shorter. Overnight temperature lowers but NO brutal Midwest heat. 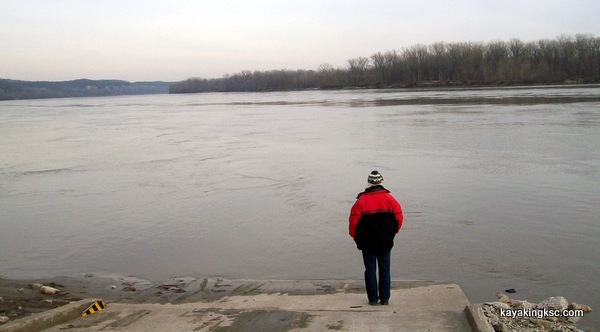 Cold River reflection upon the race. WHY the MR340? 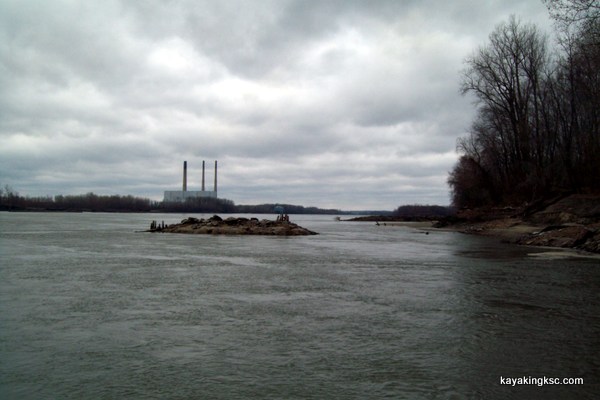 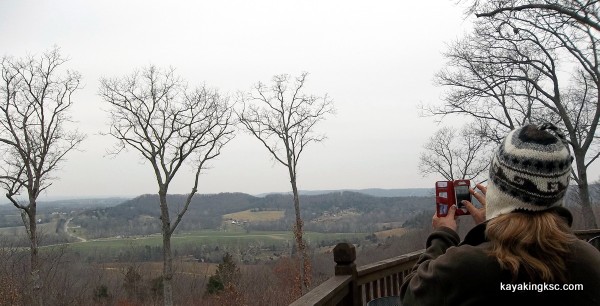 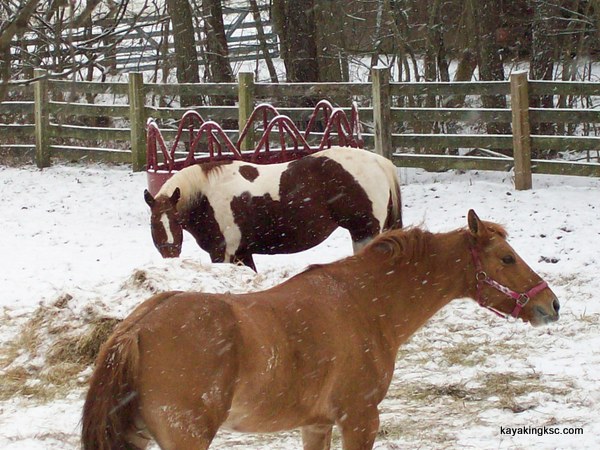 Snowy retreat from the Muddy Missouri 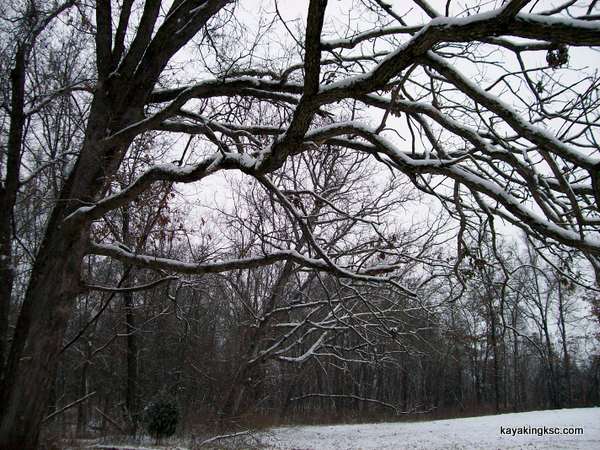 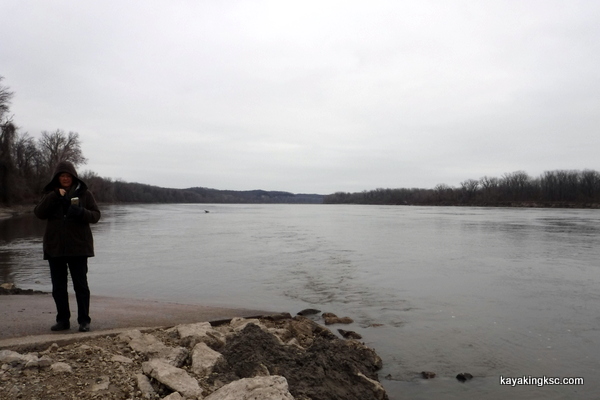 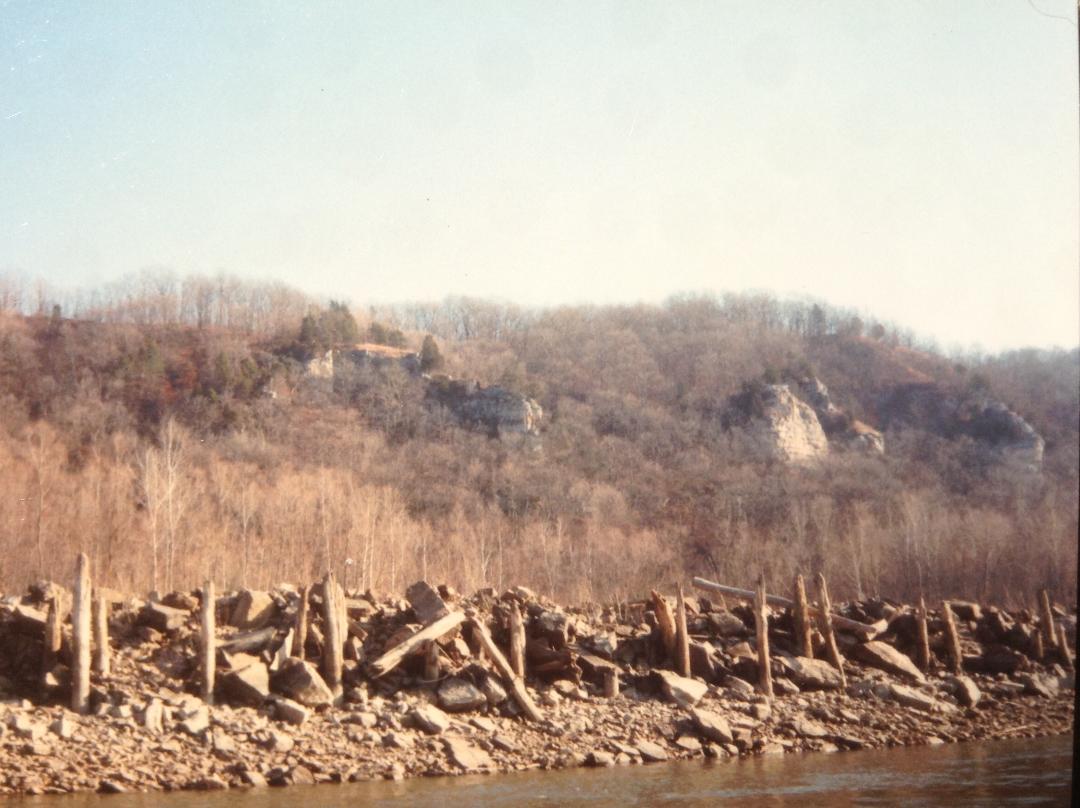 Out last race, every wingdike was underwater and the river was only just below flood stage. 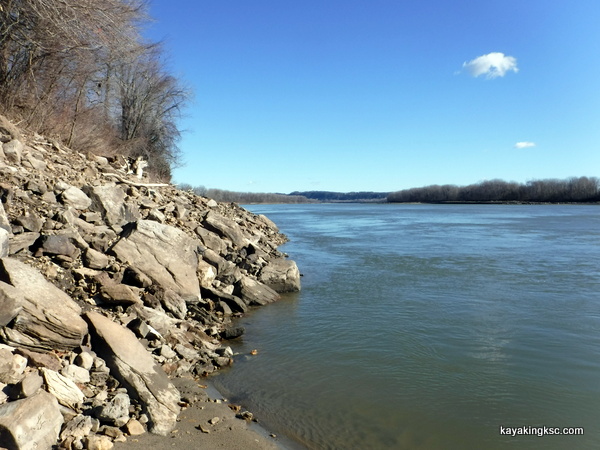 When we paddled by this spot in the summer race -we were ready to pass out from the heat. 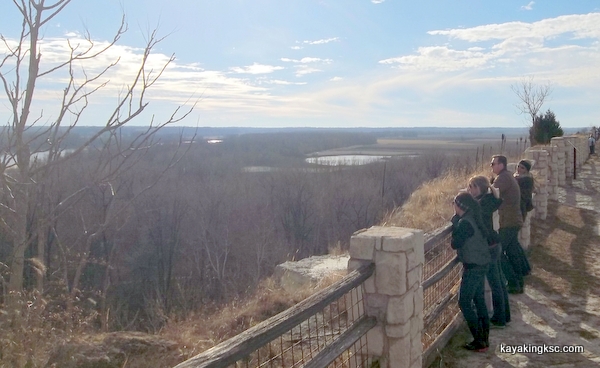 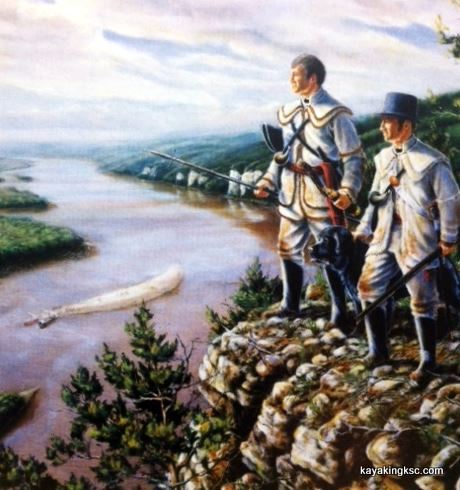 May 1804:  Louis and Clark looking upon the Missouri River from the same cliff as the in the photo above!