Which paddle for the worlds longest "Non-Stop" river race?

An average of 350 boats starting at the bumpy confluence of the Kansas and Missouri Rivers. The buildings of Kanas City in the background. (Drone video of the race start)

Too late to worry:

"Had I chosen the correct gear?"

The jittery exciting pre-start of the MR340 and around all around you see the widest selection of paddles and boats than one could imagine: of the paddles-creatively carved angled wooden paddles, feather light carbon fiber paddles and study but heavy aluminum & plastic paddles from the big box stores. Classic canoe paddles. Even a few venturous souls with narrow Greenland style paddles. 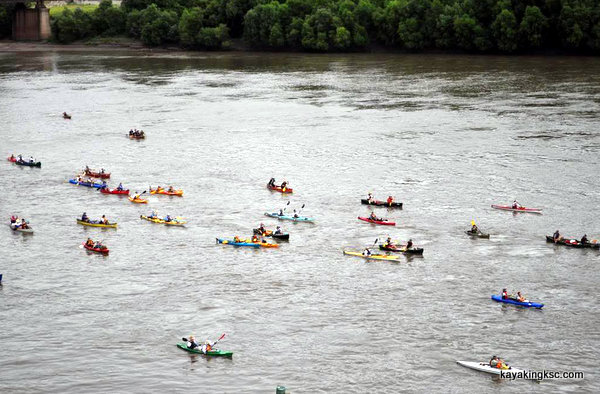 Everyone looked so confident, and so the nagging question: "Had I chosen the correct gear?"

Note: after completing three of these paddle adventures: I recognize the "Confident demeanors" that arise from the fact that most paddlers had practiced and were confident they would complete the race. The statistics of failure was for those 'other paddlers' 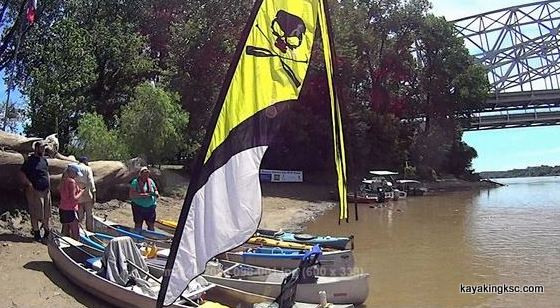 So what type of paddle to use to torture your body for 340 miles? Or as I prefer to think of it: 18-20 hours of strokes day and night for four, four days?

Well of course the bottom line of what's in your wallet may determine the type of paddle or -your better half may balk at the expense of a high tech blade. However in my opinion it would be foolish not in invest in an expensive carbon fiber blade.

Find one as light as possible.(what is the grammar rule for when using the word light or lite?)

I have completed three MR340 races coming in to the finish line at around 78 hours (near last place) but feeling fairly refreshed because I had slept and I had a light blade. 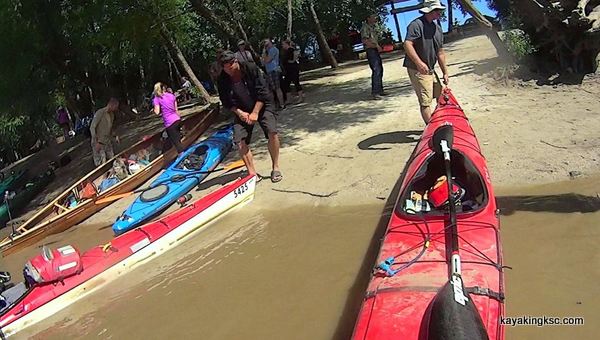 Muddy River and an Carbon blade!

Being at the back of the pack each time I was able to watch those who were struggling to the finish line.

And often those paddlers were wielding a blade as heavy as a Viking battle axe (or at least that is how it felt to them after paddling across the state of Missouri.)

It may sound like common sense to obtain a light blade however many paddlers on the muddy Missouri adventure fail to do so. 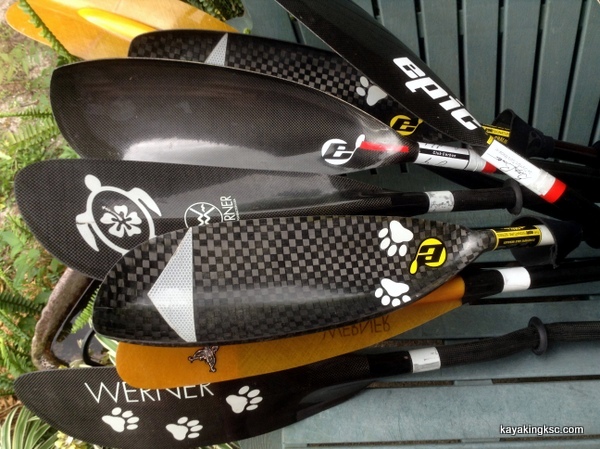 My shoulders were tired & sore from swinging my ultra light Werner or my Epic wing blade --but the folks swinging heavy blades from Walmart or Dicks? Blisters and pain. The MR340 race page has plenty of scary blister photos.

--Of course if your are trained to use those heavy beasts...... Go for it.

Ability to "Feather" (Twist) the blade

Breaks in half for travel to and from the races.

Shorten or lengthen to fit you body for maximum efficiency

And the price? The outrageous ridiculous tear-driving, hair pulling price? The cost of the carbon fiber blades are divorce fighting words, in another time you could have sold your soul cheaper.

Horrifying expensive & worth every penny

Horrifying, disturbingly expensive & worth every penny.

FYI, I am not pushing the Epic paddle, -that just happens to be the only photos I have. (Werners and Epics) 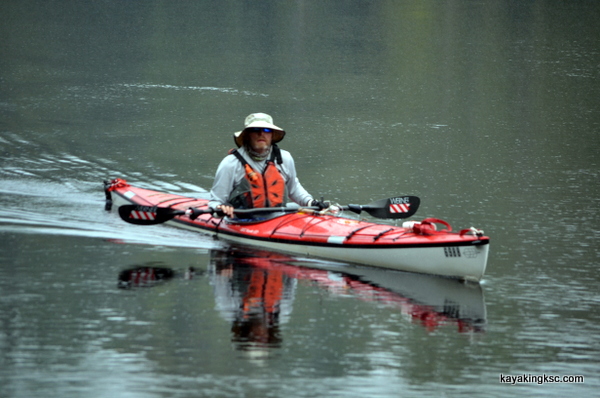 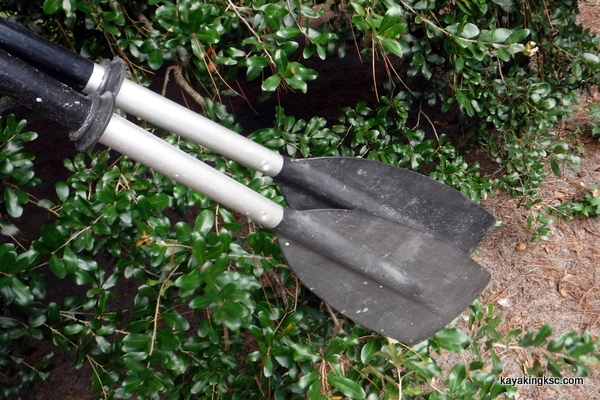 Use them on the 340 Missouri River race? ....well look at the MR340 web forum and admire the GIANT palm blisters after swinging these paddles for 340 miles.

The Benefits of the big box store paddles:

The price cannot be beat.

They divide in half for easy storage and travel

The big plastic blades push a lot of water

They are nearly indestructible. (The big box store kayak blade I own?)  -I found on the road near Haulover canal after falling out of a fishing kayak. 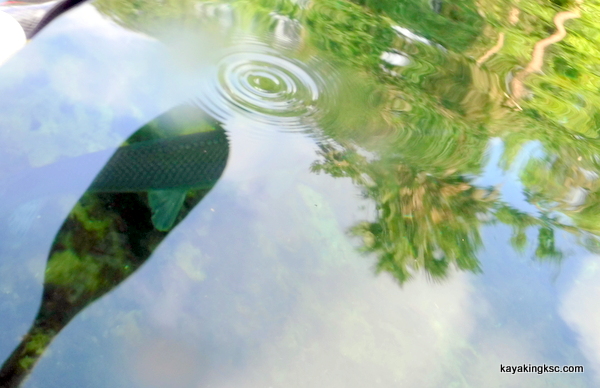 Story from our last race: A Midwest tornado?

Return Home from Which Paddle for the MR340 page