The last Space Shuttle launch
Can something be thrilling and sad at the same time?

Where to watch the last space shuttle launch ever?

Winds were predicted to be 9-12 miles an hour, which sort of ruled out a paddle trip to the Banana or Indian Rivers unless we planned on taking anchors.

And the crowds were expected to be ridiculous. (note: the crowds are going to be worse for both NASA's new SLS rocket and Sierra Nevada's Dream Chaser--If the Space X launches are any indication of the general public's desire feel the thrill and power of these rockets.) 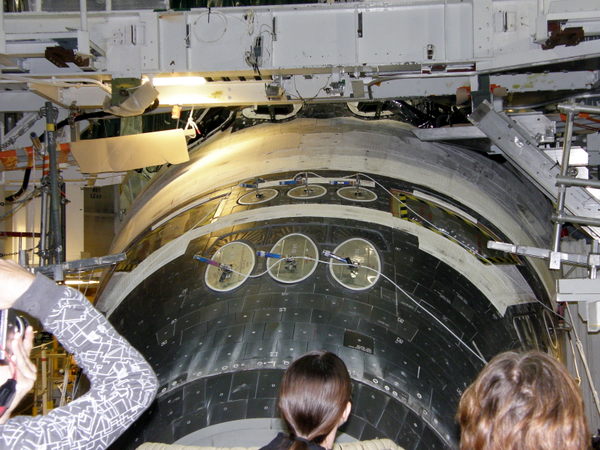 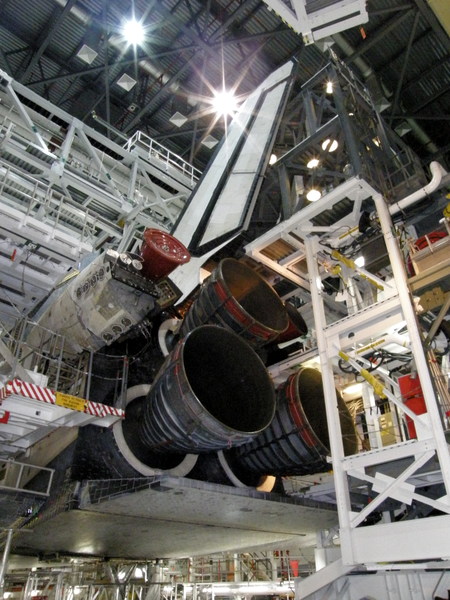 Getting ready to move to the VAB to be mated 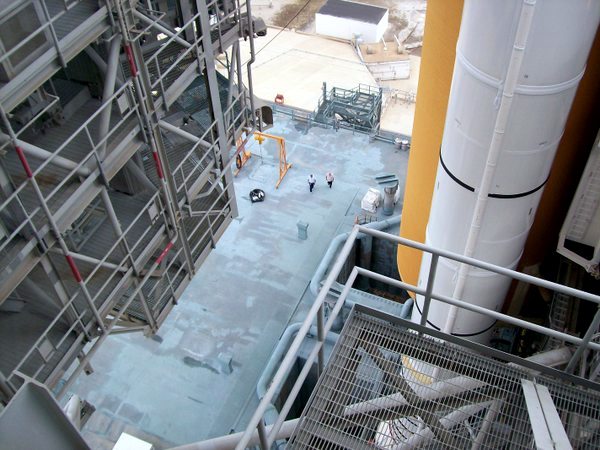 At the launch pad:

The last space shuttle being prepared for launch. Two inspectors are walking across the MLP deck. 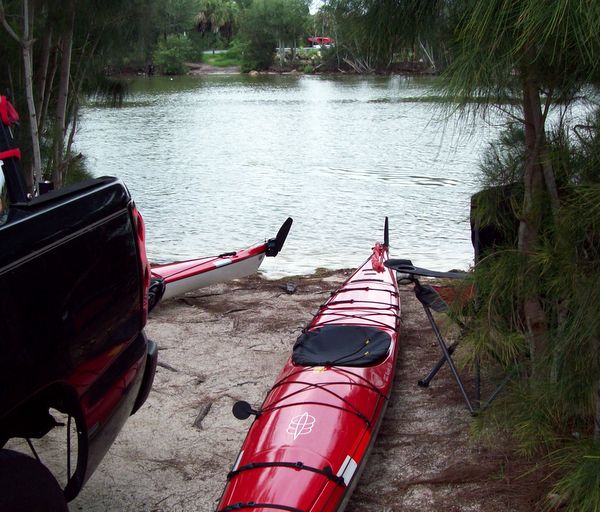 North side of Haulover Canal. Haulover can be very "buggy" with the plethora of hungry striped legged Marsh Mosquitos. 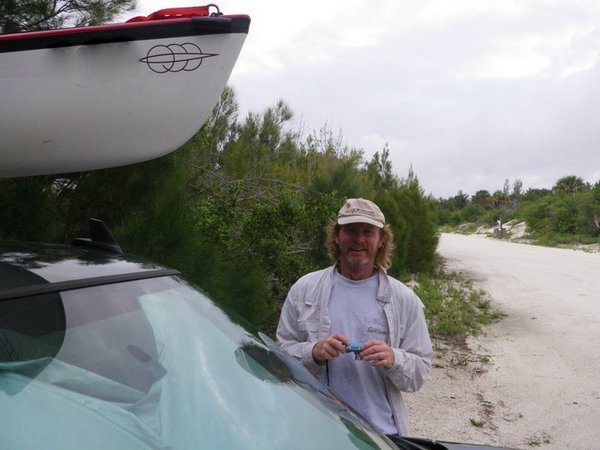 North side of Haulover Canal, away from the crowd. (

Due to the expected winds and crowds around Merritt Island and Cape Canaveral we decided upon launching our Kayaks at Haulover Canal in North Brevard and paddle over to the Mosquito Lagoon.

The launch view from Mosquito Lagoon is a little further away than Banana River viewing however the view down the lagoon is nearly unobstructed. (The Banana Creek-Futch Cove viewing is by far the best on the Space Coast; however you either have to be invited to the NASA Banana Creek Viewing site (as a VIP) or pay big bucks to get into the Delaware North/Visitor Center Saturn IV viewing area)

Unpredictable wind driven currents common to Haulover canal were not an issue with the Epic and QCC kayaks. However depending upon the type of kayak you paddle, one should always consider the strong currents and general safety on the IRL lagoon.

We arrived early which was a wise move as it turned out-even at Haulover the turnout was unexpectedly large thanks to social media and local kayak meet-up groups. 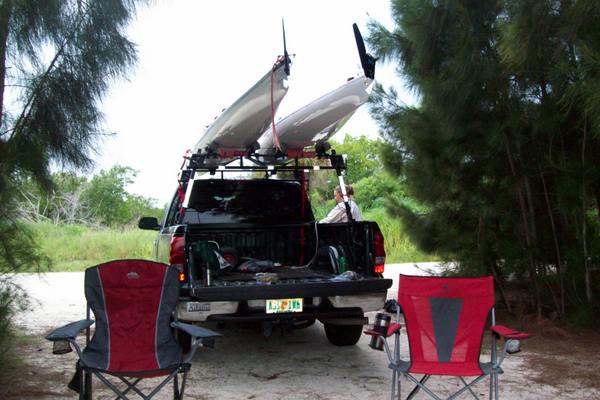 We had time to lounge around watching the sea-grass flow by and mullet jump; listening to the radio until about 45 minutes to lift-off & put our kayaks in the water and paddled to the Mosquito lagoon to watch the last space shuttle EVER to lift off from Kennedy Space Center.

Easy paddle to the lagoon, just had to keep an eye out for manatees and stay in the center of the canal when passing by the Manatee Viewing Deck. Often there are 16 or more manatees at the deck, drinking from a freshwater seep or just playing.

And then the boats began to arrive and did not stop arriving until I felt I was back on the Missouri River waiting with 600 other paddlers for the cannon blast to begin the MR340 race. 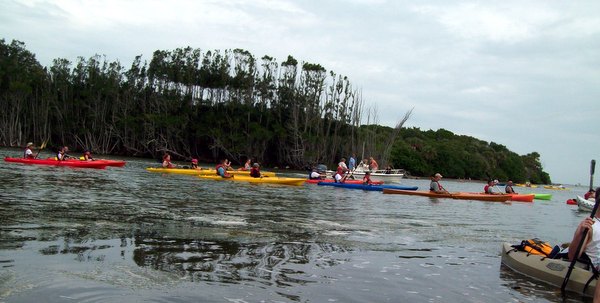 Like us, everyone was quite excited. I even recognized a few faces from the shuttle program. 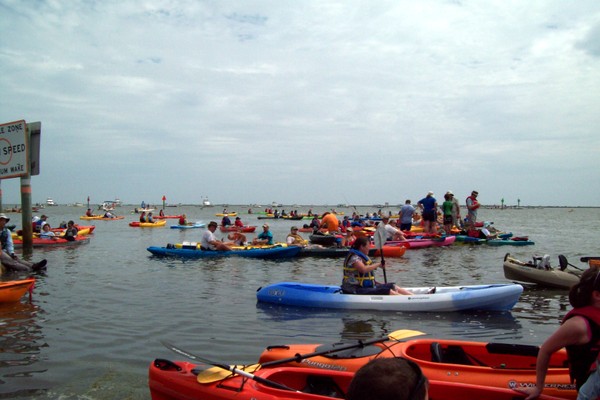 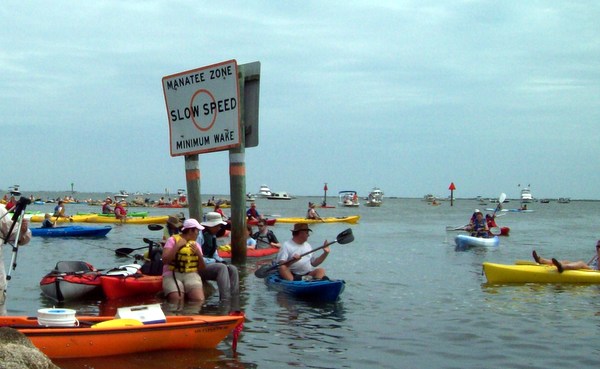 When the final two minute warning was given, I got of the kayak and tried to wade my way to the front of the crowd. However there were plenty of folks with the same idea. -So you just deal with life's little obstacles. 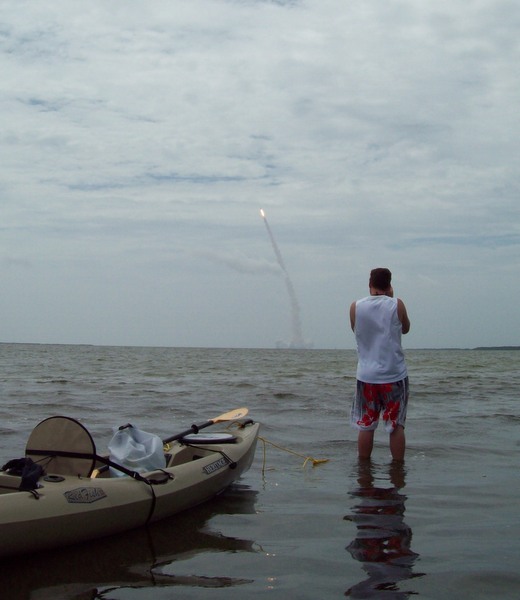 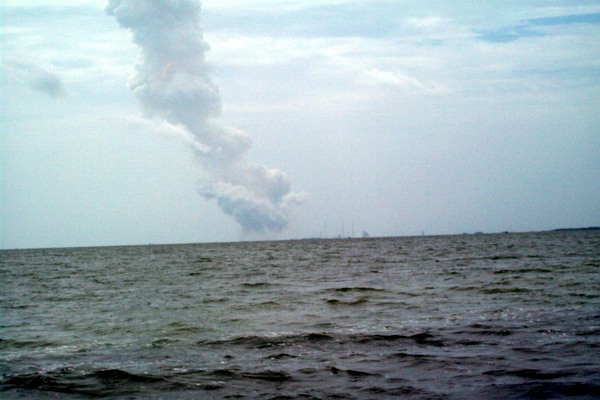 You know there were the normal cheers on lift of, and again when the solid rockets dropped away from the shuttle. However the paddle back to the truck was somber.

More than a few of the kayakers we passed had tears streaming down their cheeks.