I watched in trepidation as the algae blooms rolled across the three lagoons around the space center, turning clear water to dark green soup.

Millions of fish died immediately from oxygen deprivation and the people along the river who actually cared watched in horror as the most diverse estuary of North America, struggled and faltered. Sunlight could no longer pass through the green soup water and the sea-grasses died.

Wildlife that depended upon sea grass, or the fish and shrimp that once lived in the underwater vegetation slowly starved to death.

This included the West Indian Manatee of the Indian and Banana Rivers. 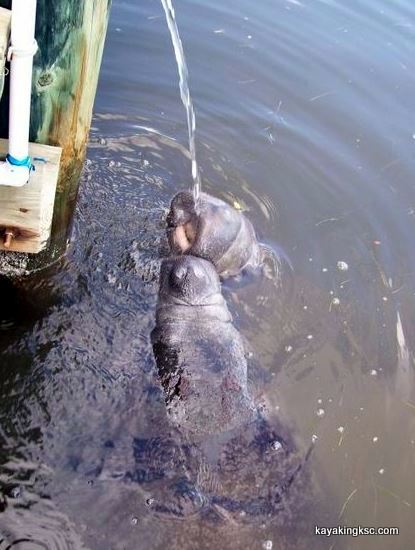 The ten thousand acre Kennedy Space Center "No Motor Zone" was created as a safe manatee habitat and Once could boast of the highest concentration of manatees on the east coast.

Now the islands along the channel where the space shuttle boosters were towed to Hanger AF, as well as the island near Manatee Cove in the Indian River are littered with bones of manatees. 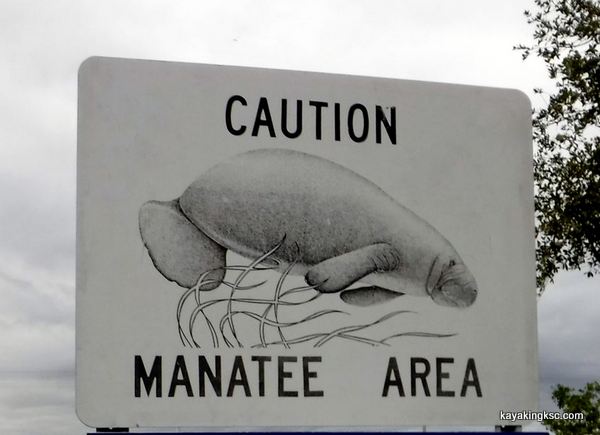 You can tell this is an old sign, as it still represents live sea grass and living manatees

My Rescue the Indian River Lagoon page has some horrifying pictures of the deadly algae blooms spreading across the No Motor Zone, north Banana River. Some details of the two types of algae and my opinionated opinion as to the cause of the blooms.

I do not blame development, as the land to build along the rivers was used up by the late 70's and since that time there has been huge efforts at controlling runoff and treatment of sewage.

What has changed? The yard fertilizers have become more powerful and that is where I lay the blame for the killing algae blooms.

Earlier I wrote "The people who cared watched in horror" as the lagoon died. Most residents of the East coast do not care about the health of the lagoon. These folks only care that their postage size yards are emerald green and fertilize the hell out of the sand that serves as Florida soil.

Will these people change? I know the answer. And so does anyone who cares to read about the manatee deaths.

The local paper, as they described the 'manatee graveyards' stated the deaths were preventable. 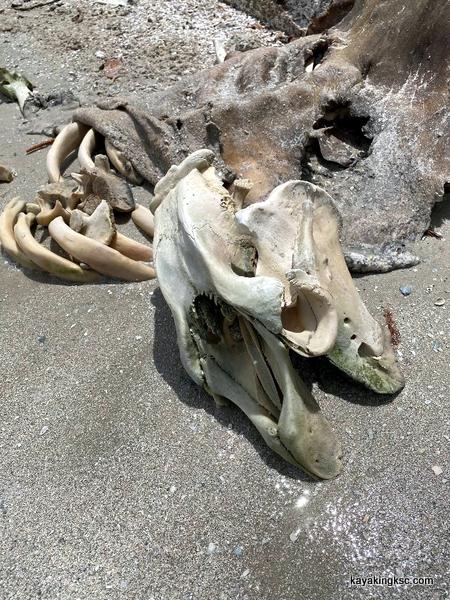 The manatee's starved to death when the sea grasses perished.

I am addicted to reading history.

One of the fascinating items to read about is the American Bison that lived east of the Mississippi River and the sad accounts of how they were killed off.

After the last Bison was killed in Georgia, the settlers, for years afterwards described the Bison bones, skulls, wallows and trails. Almost like viewing Buffalo Ghosts.

That is how I felt when kayaking up to the islands littered with bones of manatees. 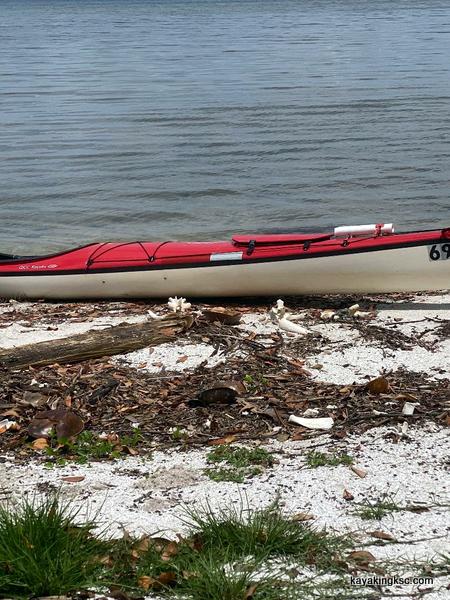 Manatee bones in the No Motor Zone & NASA Causeway

If these animals are Federally Protected, then why hasn't the Feds intervened to ban the sale of yard fertilizers? Of course, campaign money from the powerful fertilizer manufacturers. 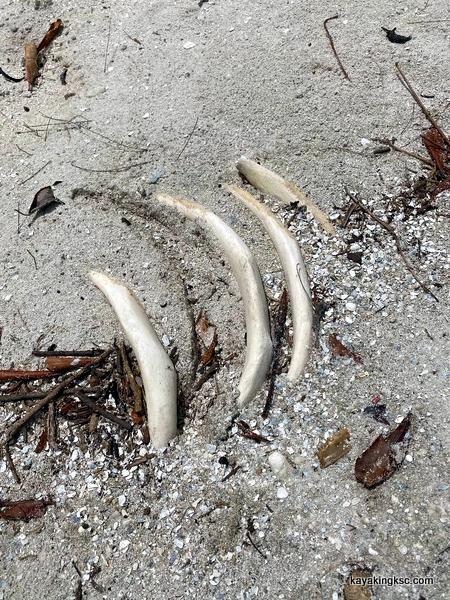 The Government does not care and neither do the east coast resident who use the river poison knowing "We all live Down-Stream, 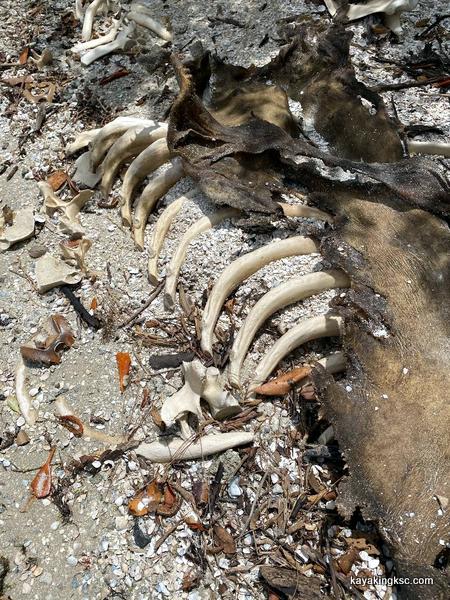 The local paper said the deaths were preventable. 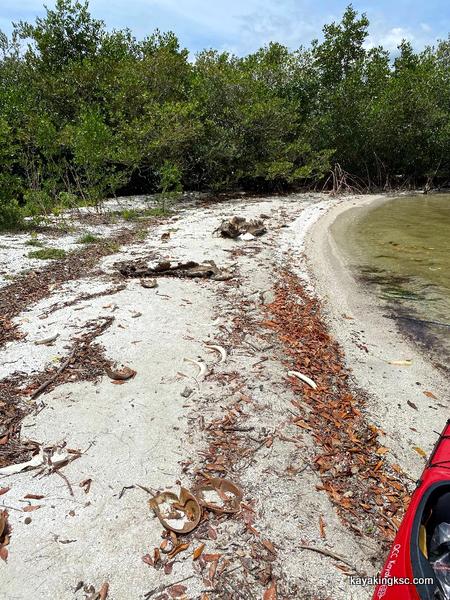 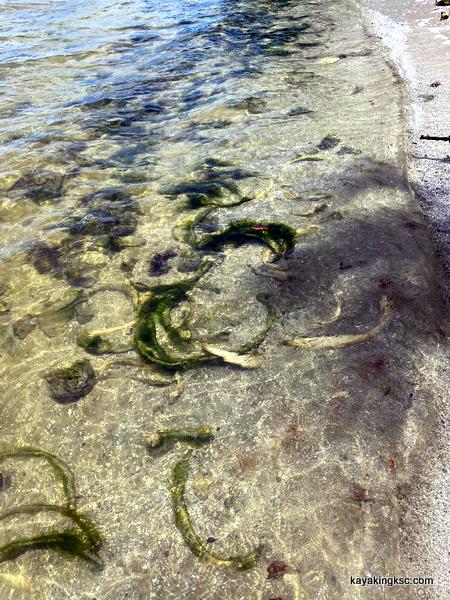 Manatee ribs in the water 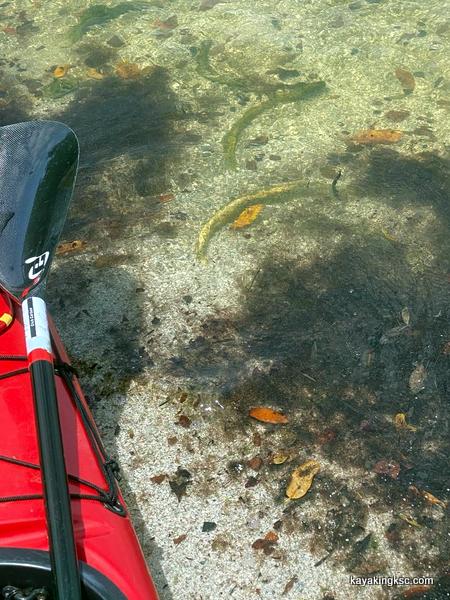 More manatee bones in the water

So what is missing?

The algae bloom is mostly gone. The water cleared in the No Motor Zone in late winter of 2021 and spring of 2021 at least around Pine Island.

However, the same water clearing pattern happened in 2020 until the summer rains brought forth more yard fertilizer and the killing algae bloom returned.

Sadly, I expect the same the summer of 21.

The Indian River and Banana River lagoon Manatees are not all gone. I viewed a lot of manatees still in the KSC no motor zone, and Manatee Hammock Park.

The population has been greatly reduced, but settled to a number (maybe) that can survive without the vast flats of sea grass that once flourished in the lagoon. 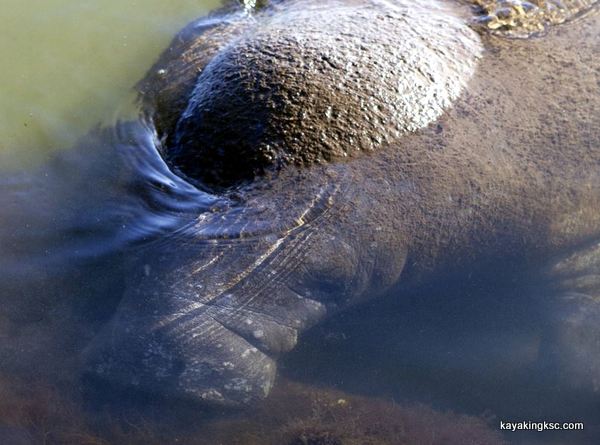