Page Two of "Working around KSC"

I have been privileged & sometimes suffered to work on the highest launch towers and the deepest tunnels under the launch pads. The firing rooms, the remote beach radar sites, the Shuttle Landing Facility, the Orbiter Processing Facilities, the iconic Vertical Assembly Building and the Mobile Launch Platform communications interface.

So I am offering up some everyday photos of the center, because everyday I am thrilled to work in a science fiction story! 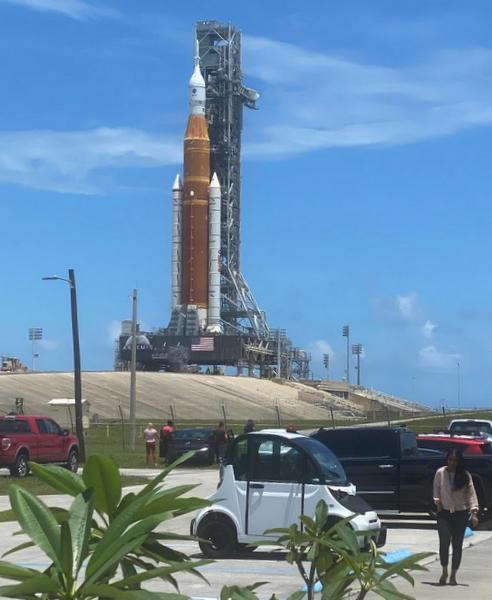 Stepping out of the Launch Pad Operations desk, the breathtaking view of the SLS/Orion. Artemis 1 that will circle the moon without a crew. 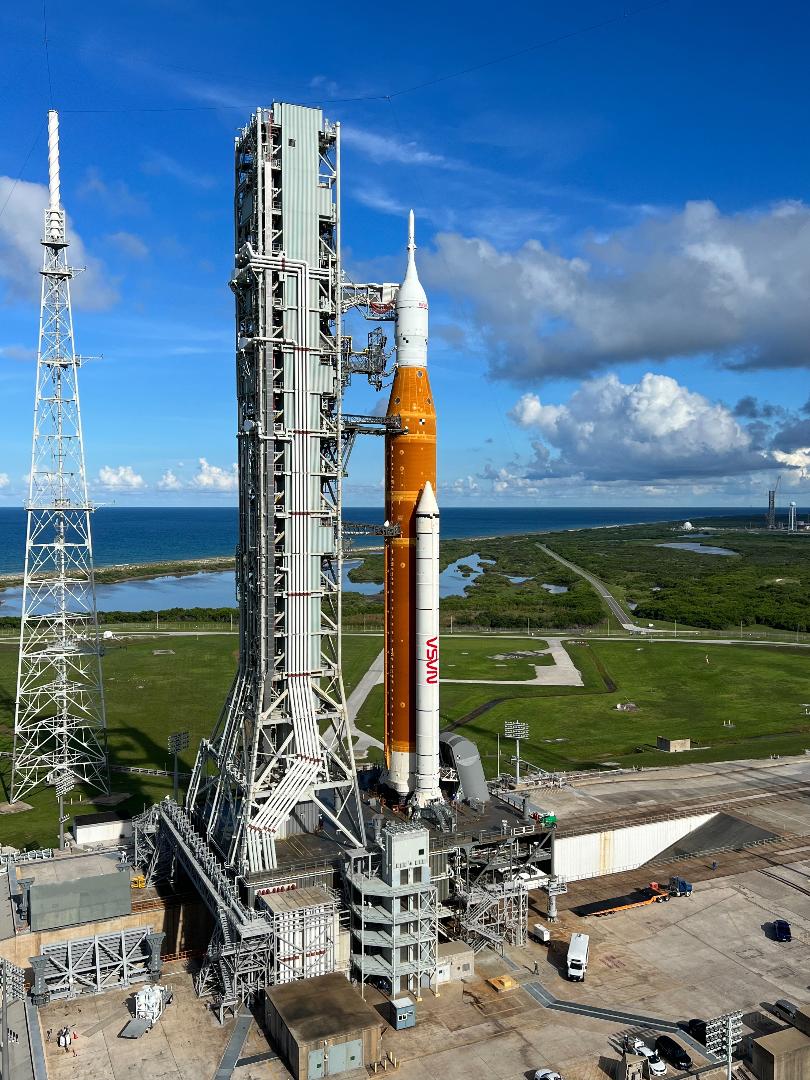 My co-worker was fixing a camera while I was on the 280' level of the launch tower and I telephoned to the lightning tower "Hey take my photo!" 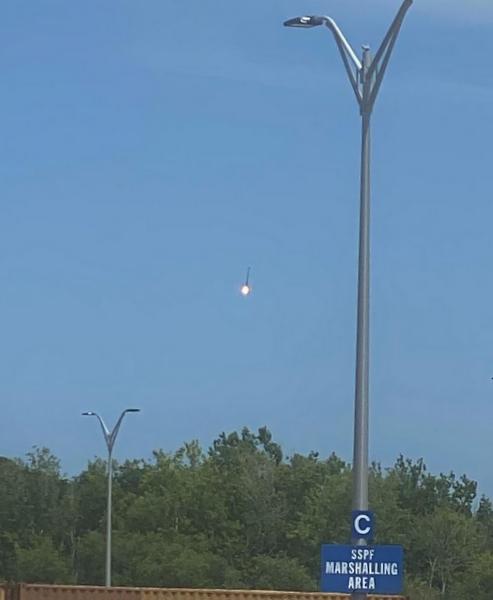 A SpaceX booster returning to land at the cape. The sonic boom does not happen until the rocket is below the tree line, making one ask "Was that normal?" 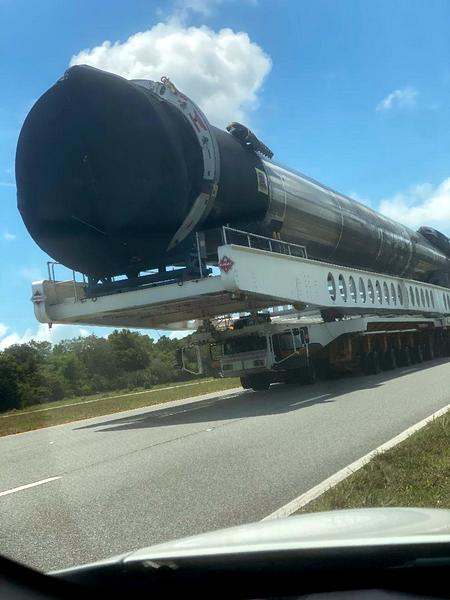 Pull over for the charred SpaceX booster being transported to the new SpaceX refurb factory. 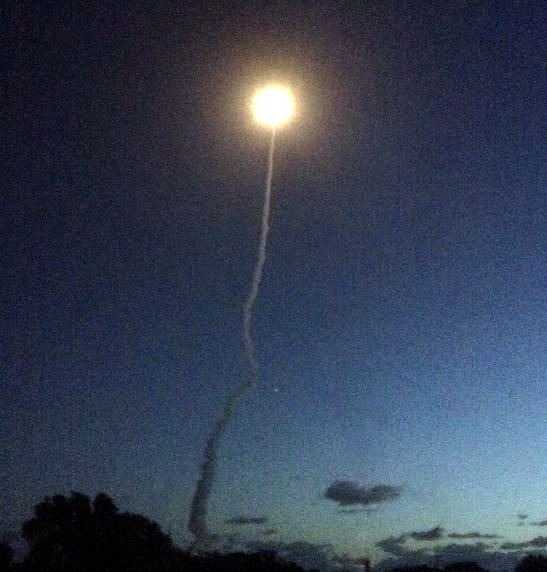 Dawn, ULA Atlas Launch from the adjoining Space Force Base! 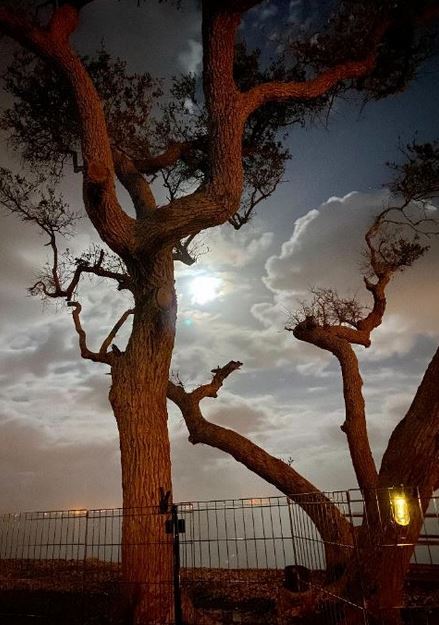 Camping at KARS Park on KSC,

Full moon over the Banana River 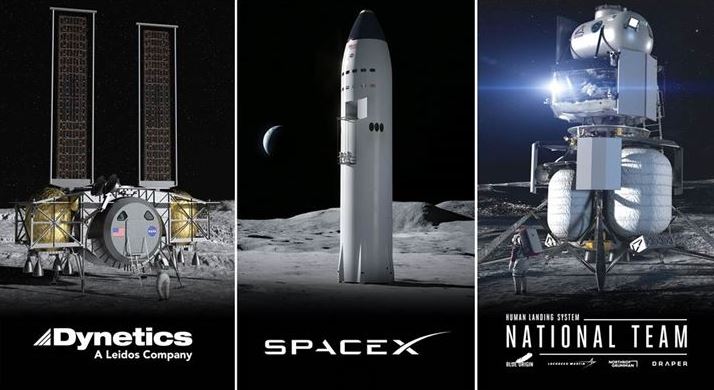 Speaking of the moon, the competition to land.

(Working in a Sci-Fi story)  -SpaceX won that contract. 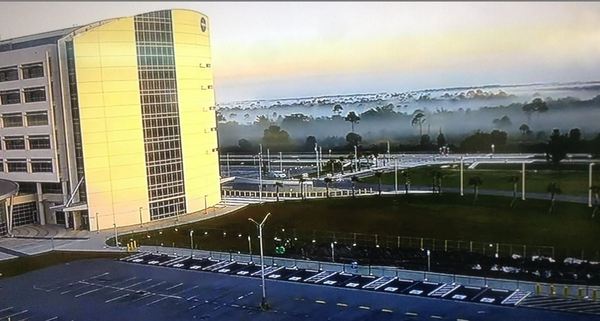 View from the O&C roof! 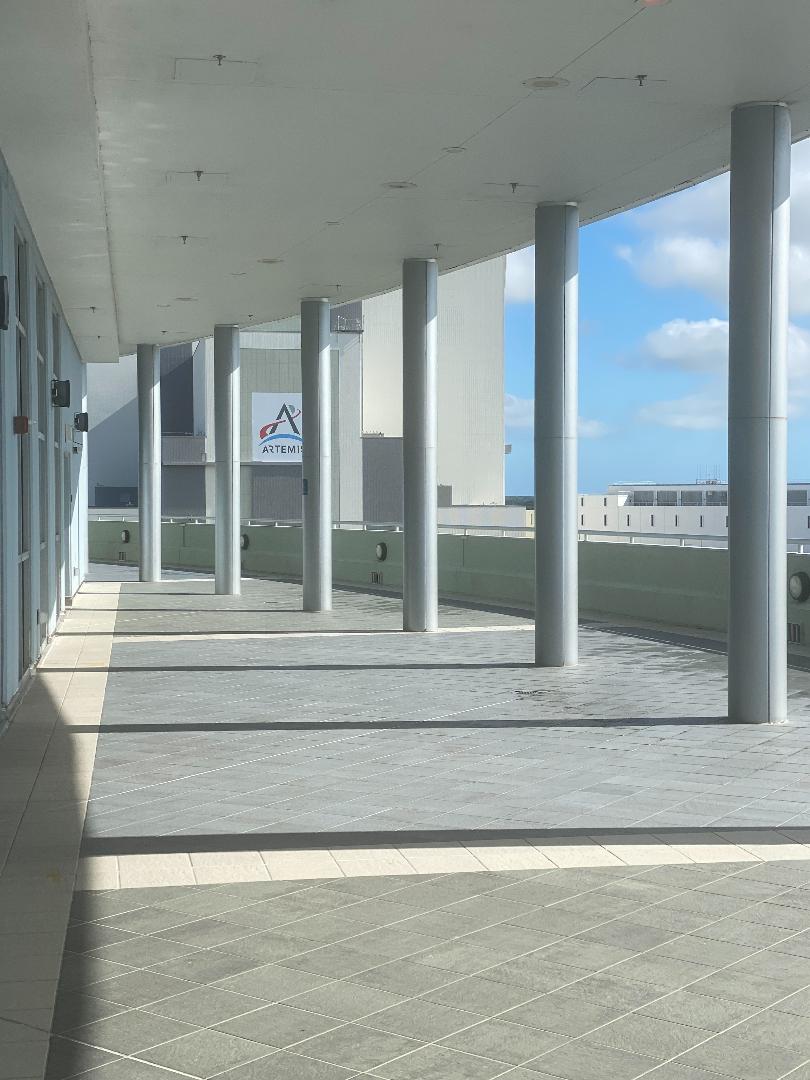 (The location for Important people to watch launches)

The VAB is to the North with the new Artemis sign

(We are going to the moon!) 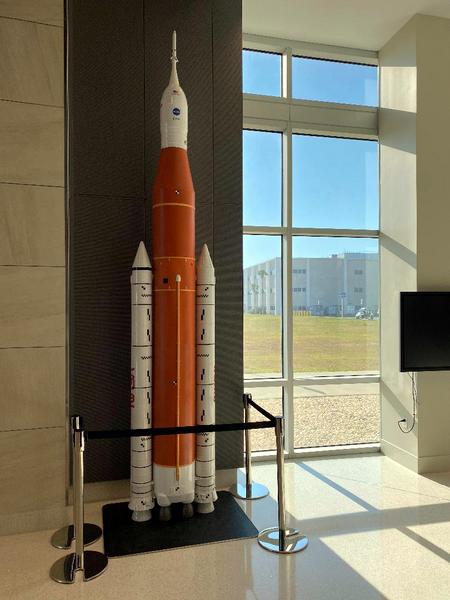 A model of SLS/Orion moon rocket in the new NASA Headquarters building. The O&C is in the background, where the are building the new Orion space ships. 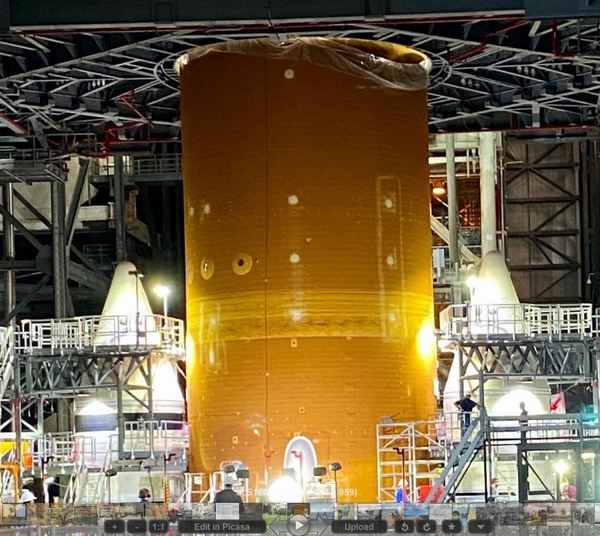 NOW, look at SLS model in the photo above, then look at this photo of the SLS and the person on the test stand, bottom right of the photo, for a jaw dropping perspective of what it takes to get to the moon.

(My Photo is from the 16th floor of the VAB) 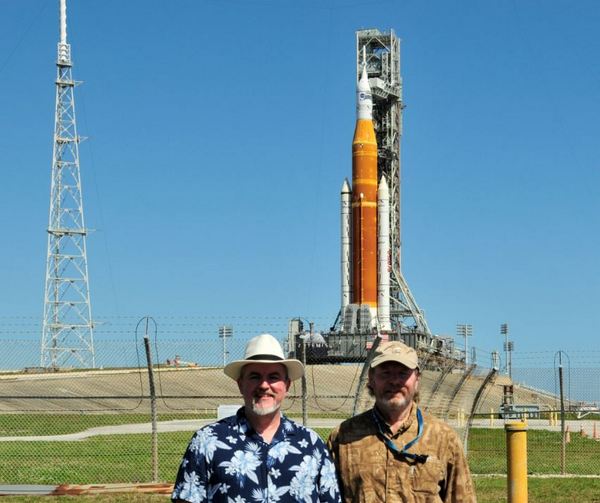 The SLS/Orion that makes up Artemis 1, the unmanned launch around the moon. (August 2022?) 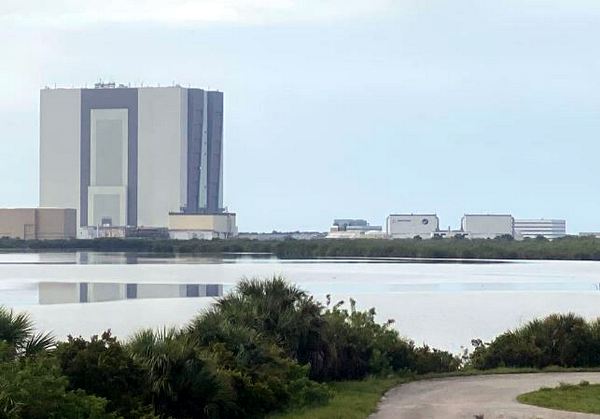 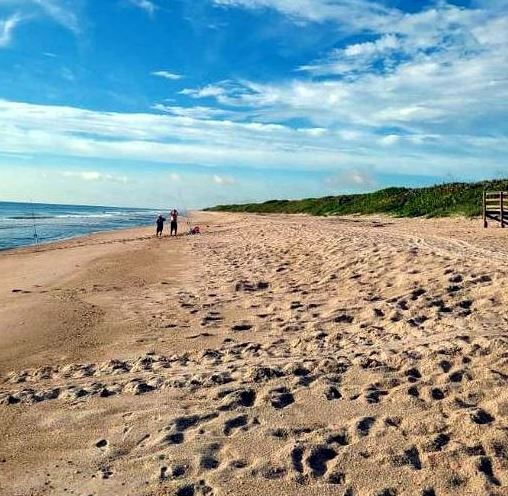 The Space Center Nude Beach (is that not the craziest thing you never heard of?) Sea turtle tracks in the foreground.

The park service does not enforce the clothing rule.

Easily a 1000 people strip naked every day to burn their normally unseen body parts. My opinion they could be the CFG "Cult of the fried genitals" because even in near freezing weather they are missing their clothing. 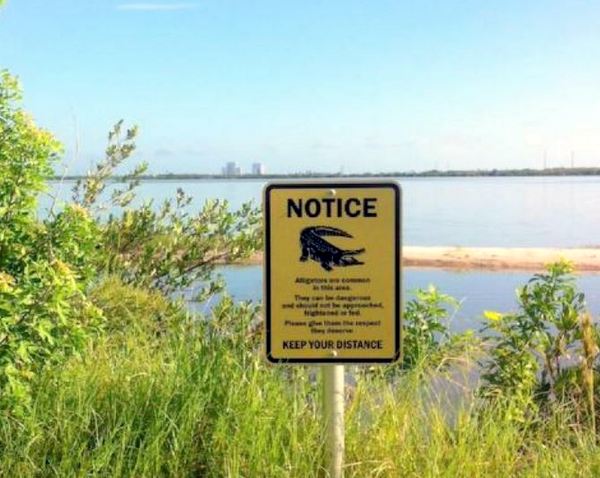 A warning sign on the Space Force Base next to KSC.

The sign is a useless attempt to keep people away from the giant alligators that live between the two bases. 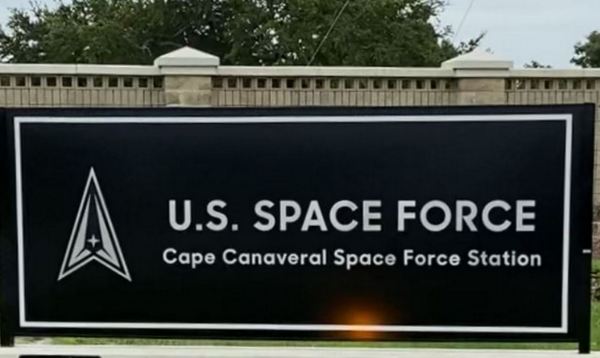 The Space Force Base next to KSC. 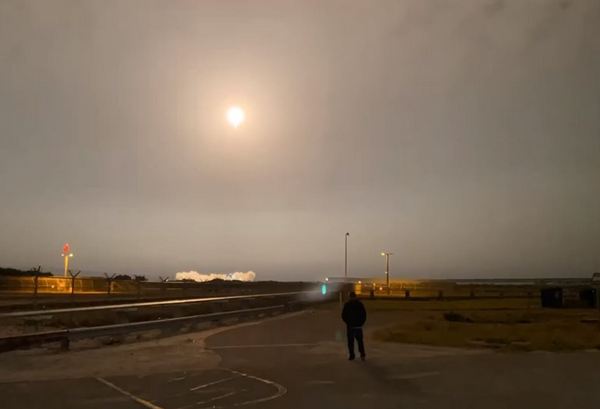 SpaceX launch from the Space Force Base.

(This personal photo was sent to me) 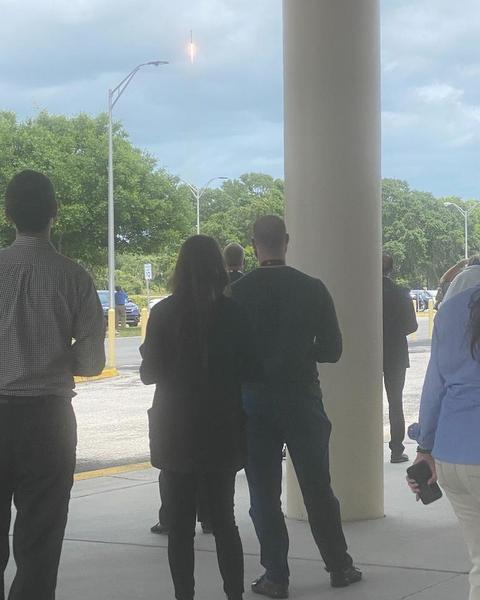 A brief look at the SpaceX Falcon launch. Most people do not even bother to watch the launches. Imagine that? 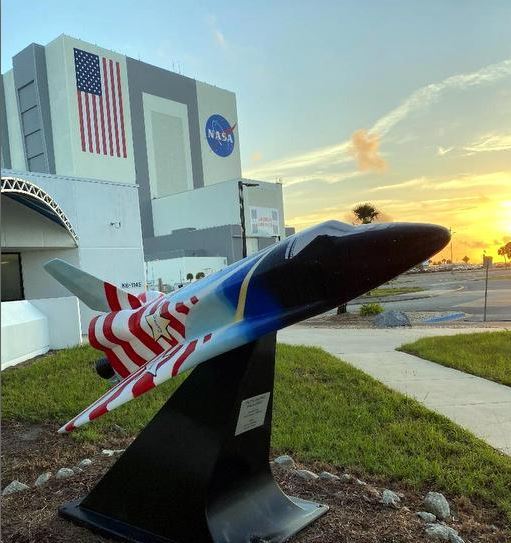 The shuttle fleet retired in 2011 and almost everyone (except the comm group, fire and security) were fired, or rather 'let go'

My sad "Fall of the House of Shuttle" page 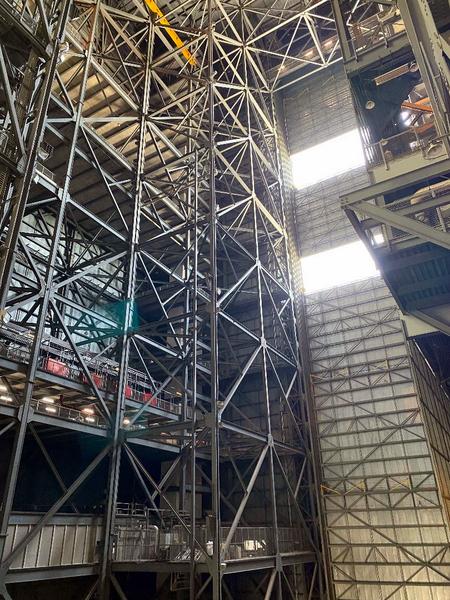 Inside partial view of VAB, A Tower near where the shuttle debris is stored. In the space shuttle days, this bay was called "Safe Haven" a space shuttle hurricane refuge.

In my upcoming book about KSC technicians I have a few stories about the creation of Safe Haven!

Little known fact about the VAB: it is by far the dirtiest building on the space center, but with incredibly fast elevators. 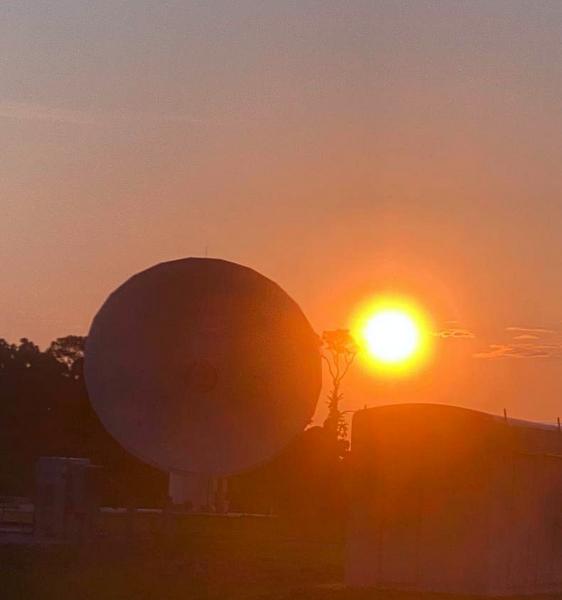 Sunrise KSC, on the North Banana River No motor Zone 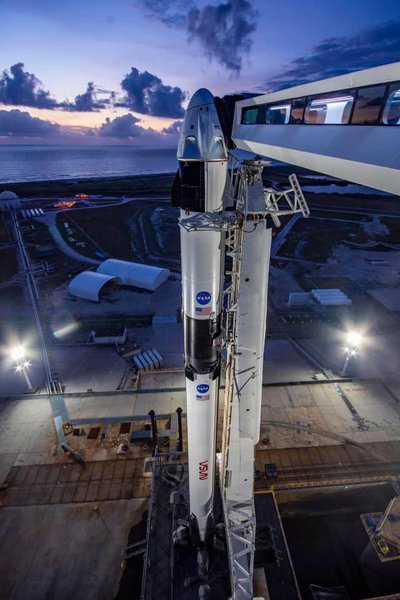 Pad 39A, at dawn and the SpaceX Falcon and Dragon capsule before launching to the International Space Station.

This photo is not mine. It was sent to me and I assume it is a NASA photo.

Your second block of text...