Often on the way to kayak or canoe, the No Motor Zone, or fish the Navy Trident Basin, my wife and I would cross the 528 Beach line bridge and pull over on the south side of the causeway to cast net some finger mullet (or whatever could be used for bait) 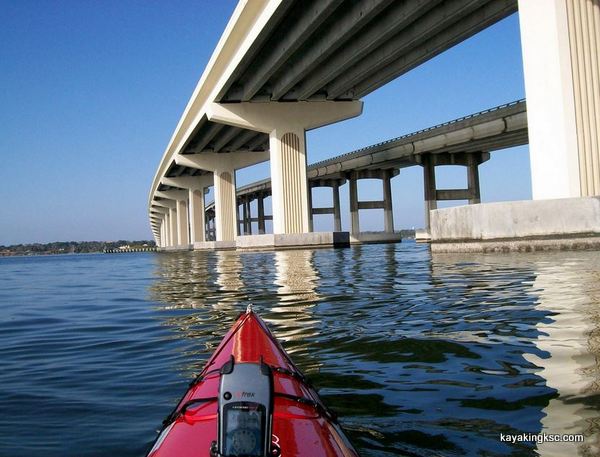 Under the 528 Beach line Causeway Bridge

The location we like to catch some baitfish is a well-used and favorite location for weekenders who want to spend a day on the lagoon. Or other things.......? 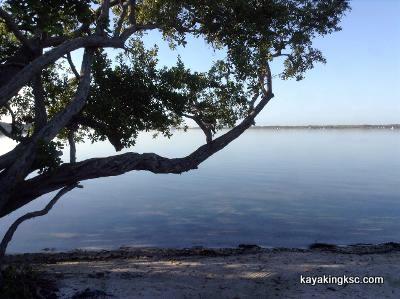 A favorite spot to net some finger mullet and a well-used weekend location to enjoy the river.

Florida is and has always been a land of immigrants and blending of cultures. And as everywhere, the immigrants bring variations of their own religions and some even blur and blend the religious beliefs.

I just want to paddle, cast for a trout and watch some rockets lift off. Perhaps enjoy a sunset. 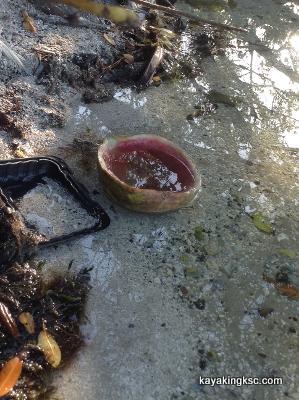 Offerings and Trash
Fresh melon offered to the river and plain trash left behind by the other river/park site users.

Is "Lazy scumbags" too harsh of a term to use for the lazy scumbags who will not pick up their own waste/garbage?

So for years, we had noticed that someone had been regularly bringing "offerings?" of fresh fruit, bananas, pineapple, watermelon and hibiscus flowers and tossing them in the Indian River

My wild guess is the people tossing the fruit and flowers were Buddhists or followers of a religion from the subcontinent of India. Wild guess because the hibiscus flowers made me think of India, but for no particular reason.

There was no harm in the offerings.

Fresh fruit was a blessing compared to the other trash and garbage normally left by the other weekenders. I honestly cannot fathom what people think when they leave their garbage on the river? I could say the trash people had been raised by wolves, however that would be bad mouthing wolves.

(If I have been insulting to you trash people. Well Insult was intended)

So as mentioned, no problem with fresh pineapple and flowers offered up to the lagoon. 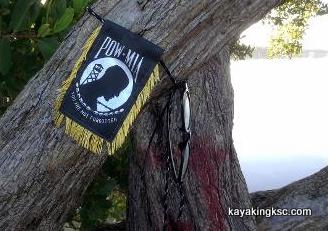 An offering or tribute along the river to a fallen or missing soldier.

However, as I was to discover, there are other Americans making other types of offerings into the Indian River Lagoon, once known as the Ais Lagoon when Florida was a territory of the Spanish Empire.

Some I would consider 'normal' ---like the POW/MIA flag hanging from the tree.

Other items? A little odd.

I carried my cast net through the shallow water stalking a school of mullet.

The mullet were nervous and easily spooked. Not only did they have to deal with fish hawks, but many fishermen on the way to Port Canaveral or the Banana River stopped at the same location to cast for bait.

I waited until the school of mullet swam within my limited cast net range. I was semi crouched and, with a non-graceful spring, sent the net flying through the air to spread into a circle and land across the skittish mullet.

I pulled the net to me. There was resistance in  the pull. What had I caught? A rock or tree branch?

A bottle? It was a jar, a sealed glass jar approximately a half-gallon in size and something was in the jar?

I checked my net for baitfish. Nothing. A poor cast (most-likely) or the jar had held open the lead weights and allowed the mullet to escape.

My initial opinion of what in the jar?

I don't know where that thought came from.

Because that is not what was in the jar in my net. It was a troll.

I was standing in knee-deep water and opened the cast near to allow the glass jar free of the net and splash into the lagoon. I picked up the jar and inspected what I had caught.
How to describe?

A large sealed glass jar filled half about halfway with a thick amber fluid.

In the fluid floated a small amount of herbs-Unknown ganja like vegetation. In this fluid was a troll doll! A plastic troll doll with hair that stood straight up.

The doll was popular when I was a kid. I had not seen one like it in years.

Wrapped around the troll doll was a paper note held around the chubby belly by a rubber band. The note had writing on it.

I looked around the area for any other weird stuff.

In the water near where I had netted the troll were four shiny copper pennies! Four pennies is what I could see with just a quick glance, but enough to suspect they were an offering?

I called my wife to come see what I had discovered and tried to read the writing on the paper wrapped around the troll.

To my dismay, the writing was not in English. The words appeared to be in Spanish, perhaps French, difficult to say with the Amber fluid and the rubber band.

My wife waded over carrying the bait bucket.

Proud of what I caught. A troll in a jar.

"I cannot believe you picked that up!" said my wife.

"Can you read this?" I asked, holding out the jar of troll and ganja.

"Get that away from me!" said my wife, who started back to the truck.

"We don't need any more bait," said my wife.

I reluctantly placed the jar of troll by the pennies and started for my truck.

Whenever I tell someone about the troll jar, I give my opinion. It was a love/charm/potion with the few pennies as an offering to something?

However I do not know. (Why would I?) 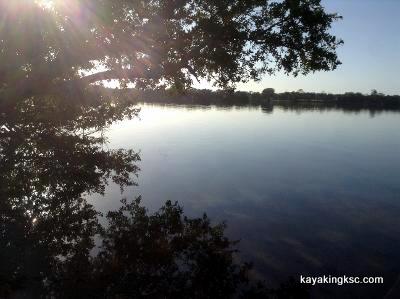 Yes we are in the space age.

Of course, page is under construction. Should I place the troll photos on the internet? Would that enhance the love spell or cause a divorce?

Return to Home from Troll River

My book on Florida history: