(The page could be named "Sometimes I do stupid things")

So many years ago-after a few adventures in the United States Air Force and then many sunburned years as a PAN AM diver on the Eastern Test Range; I was employed at Kennedy Space Center as a Communication Technician.

Comm techs during the Space Shuttle Program were expected to travel and work all areas of the center- from windy launch towers to dark communications tunnels. And work "Stand by" during launches- both NASA and the Air Force launches on CCAFS. (Where I learned about Chester Shoals House of Rescue)

The job also included a lot of road time driving to all areas of the center. 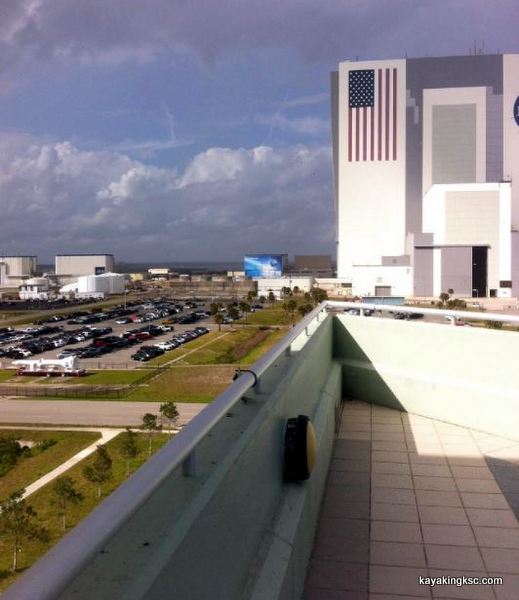 Comm techs were dispatched to all areas of the center

So a few years back, Brett and I were dispatched to the Multi Payload Processing Facility on a trouble call in the highbay. (Brett was a fellow comm tech who nowadays is an important engineer on the new Mobile Launch Tower. The higher Brett goes in the space center hierarchy, the less I tell this story)

I was driving the NASA vehicle down a road with fresh water canals on both sides of the road. (KSC is mostly swamp)

Brett was talking about the up coming Gator-Seminole football game and I was mostly thinking about fishing in the No Motor Zone of the Banana River. (I was daydreaming while Brett explained why his team was going to win)

Suddenly out of the corner of my eye I see a tiny creature gesture in defiance at the truck that had just passed it. Something had just waved claws -actually pinchers at us.

I did not know what animal had just warned off a truck however I was intrigued...... Hit the brakes and then backed the truck the truck up to the defiant creature.

Brett droned on about his football team. Which coach was better or something. 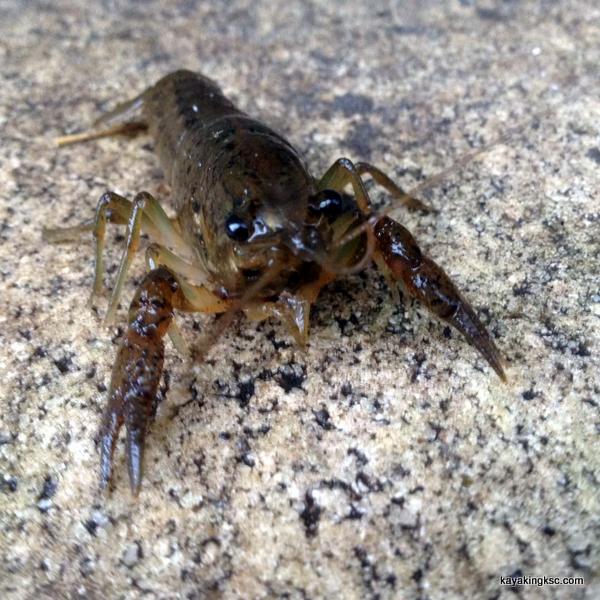 I placed the truck in park and looked at the Freshwater Crayfish sitting on the asphalt. The creature brought up it's claws again at the truck blocking its pathway.

Not the largest crayfish I had ever seen or caught but respectable in size.

I had never seen a crayfish leave the water on it's own violation.

However as I looked up and down the road, there were hundreds of smashed crawfish/crawdads that had attempted (and still were trying to migrate)

I think there was an old question "Why did that crawdad cross the road?"

My driving partner took no notice that we had stopped. Brett talked about "His" team wining the game......

I on the other hand was fascinated by the concept of an overland migration. Why? Where? When? (I had seen the southern lobster migrate during night dives in the Bahamas Islands. But even they stayed in the water)

Of course this is where the story goes....wrong."

"Sometimes I do stupid things"

On impulse I jumped out of the truck and picked up the crawfish (by the back for I handled many of the southern Crayfish Procambarus Clarkia). Had several in my fish tank as a teen.

And on impulse I tossed the crawfish/crayfish on Bretts lap. A silly, slightly harmless joke.

I am really good at catching crawfish. Perhaps MY underhand tossing skills are not very good.

Because as Brett mumbled on about the football game, unaware of why I had backed the truck up: a large, wet, armored, spikey creature with large pinchers landed squarely on his exposed neck.

To be honest I was fairly horrified by both my sloppy skill and Brett's reaction. 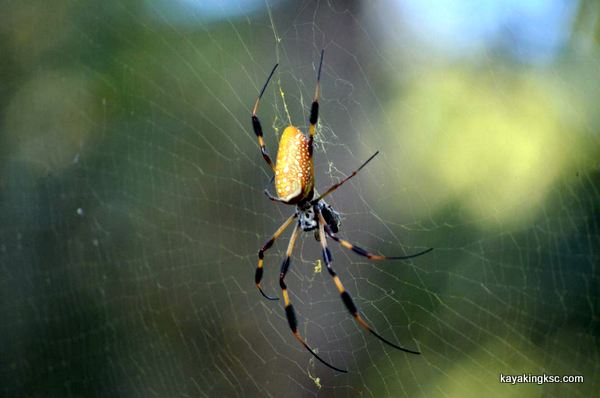 And to be fair, I have had similar reactions when walking through giant spider webs and can only assume that Brett thought a Golden Orb web spider had landed on his neck. (The black & yellow giant Orbs are everywhere on the space center)

Although from the sheer terror in Brett's screams he must have assumed it was a golden orb spider genetically crossed with a crow or duck.

I will admit,. It was the second funniest thing I have ever seen in my life.

Brett, emitting emasculating screams that would have gotten him employed in any horror movie; proceeded to beat the offending creature in to a fine seafood paste.

As stated, he had no idea what large thing had attached to his exposed jugular? Daytime vampire bat. Wasp?

Brett had been totally absorbed with the statistics of two college football teams when the wet, dinosaur-wasp-spider thing had grabbed him.

So when the screaming eventually stopped, (was that a sob?) I was standing in the roadway embarrassed beyond belief for Brett and my own stupid actions.

From the tall grass behind me, hordes of crawfish walked ambled across the road, some waving their pinchers in defiance and I..... I began my litany of apologies to Brett and a silent apology to the little lobster like creature that I had just helped murder.

For the next hour I apologized to Brett. I really felt bad.

To this day, I still feel bad, I have never been a fan of practical jokes. This story is a great example of the embarrassment a joke caused.

I do have to admit that every time I tell this story about the Brett the engineer, there are tears in my eyes from the laughter. I know that is not right, however just cannot stop them.

My apology to all Procambarus clarkia who were injured during this story.