Okay  I will admit that at one time I only had a passing interest in bats. Fishing and artifacts were the hobbies that had followed me to adulthood & Florida.

However after being stationed to the Florida mosquito production farms known as Cape Canaveral Air Force Station (CCAFS) and then employed at Kennedy Space Center; I did become very interested in mosquito control which led me to an interest in bats and their plight. -A loosing plight.

Upon first learning the benefits of bats and the sad facts that bats were a threatened if not endangered group of valuable animals I purchased two bat houses and placed them around our home. 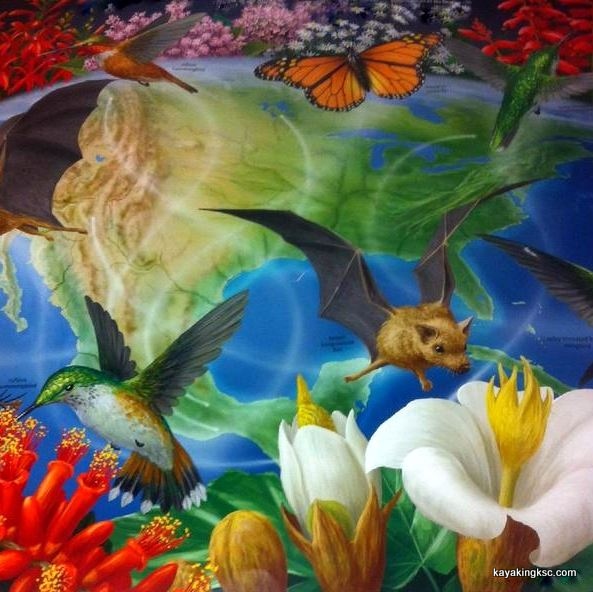 The poster was titled "Pollinators" and of course the bat is NOT an Indiana Bat -which are insectivorous (carnivorous).

However it was a very cool poster.

(I first noticed & admired this poster during the early shuttle days.

Recently the owner abandoned it when the NASA building was slated for demolition in 2018.

I snapped a photo before the poster was gone forever)

The winter of 2018 we returned to Missouri to follow the Missouri River and review camping & boat launch locations for the 2019 MR340. A 340 mile Kayak/Canoe race from Kansas City to near St. Louis.  (The 2019 MR340 was canceled due to flood waters in the summer and fall)

The winter was unusually warm & I talked with my brothers on the family horse farm known as Stone Bridge Stables.

To our surprise a little after noon, a bat begin flying around the stables.

The bat was the Indiana Bat, Myotis sodalist easy to identify in Missouri because of the size of the bat wing span.

I did not realize it at the time, but the bat was basically on his or her death flight. Either from habitat destruction or the fungus that is killing this particular species of bat. 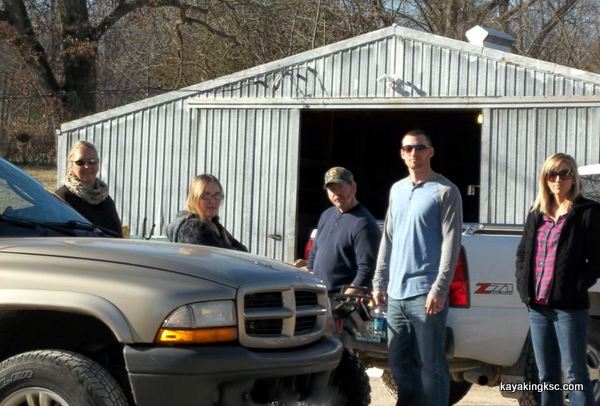 Insectivorous bats like Myotis sodalist do not come out in the winter well because there no is food for them. The Indiana Bat hibernates in caves during the 'no bugs' months.

Having grown up in the area, we all agreed the bat caves that "we" were aware of were the big copperhead dens on the O'Day Creek ridge.

The very same dens where the new park O'Day park was building their overlooks. (sort of joke between my brothers & I. We always admired the beauty of the copperheads, but were also cautious of snake bites-especially for our dogs)

The O'Day Park had cleared much of the old woods and constructed insanely (I say criminally) expensive shelters and overlooks. They had exposed many of the snake dens during the initial land clearing (their version of a green space) however the ridge dens (small deep caves) had not been touched.

We contemplated they had now broke open the winter hibernation caves of the bats and snakes. Sad but the nature of development.

That night I did some research on the insectivorous Myotis sodalist & read about the fungus killing bats. Millions of bats. The white nose syndrome.

White-nose syndrome (WNS) is a disease that affects hibernating bats and is caused by a fungus, Pseudogymnoascus destructans, or Pd for short. Sometimes Pd looks like a white fuzz on bats’ faces, which is how the disease got its name. Pd grows in cold, dark and damp places. It attacks the bare skin of bats while they’re hibernating in a relatively inactive state. As it grows, Pd causes changes in bats that make them become active more than usual and burn up fat they need to survive the winter. Bats with white-nose syndrome may do strange things like fly outside in the daytime in the winter.

So I have to stand corrected. The new Park may have crushed open a bat den or the bat flying around us could have been suffering from the "White nose Syndrome"

The bat I'm sure starved to death within the week.

Summer & autumn of 2019, the following year a plan of sorts. 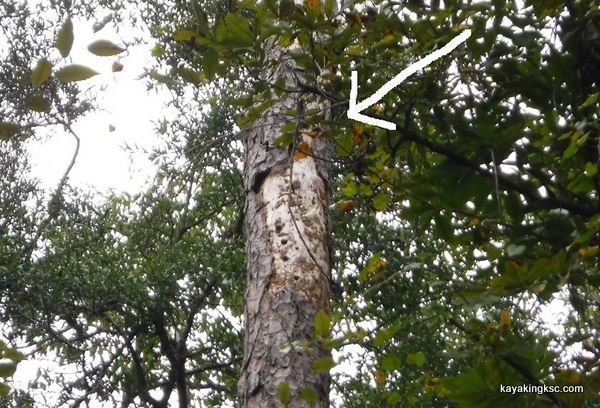 (area to be clear cut for a new development)

Note: Federal law does state these trees cannot be cut until the bats have moved from the trees & back into hibernation

Indiana Bats are endangered because of habitat loss, pesticides and disease.

Opine about Missouri because that is what I know.

Winters are spent in caves (if not broke open by city park workers) however in the summers maternal colonies are established in old trees where the bark has lifted creating a shelter for mother and baby bats.

Currently St. Charles County especially around the nexus of the O'Fallon area has lost upwards to 95% of historical woodlands due to housing development.

There is a general consensus by both developer and elected officials that the bats can simply move to the green space of Augusta Busch Wildlife area; and ALL remaining forests are clear cut and paved over.

In fact that plans lines up with the current plan by the United States Fish and Wildlife Service. The bats will be banished to the remnant forests in the state and national parks.

Public lands like National Wildlife Refuges, military areas, and U.S. Forest Service lands are managed for Indiana bats by protecting forests. This means ensuring that there are the size and species of trees needed by Indiana bats for roosting; and providing a supply of dead and dying trees that can be used as roost sites. In addition, caves used for hibernation are managed to maintain suitable conditions for hibernation and eliminate disturbance.

Busch Wildlife is one of the last vestiges of green in the vast empire of the city of O'Fallon.

In fact if you stand upon the massive Weldon springs containment dome you can easily spot the borders of Busch wildlife by simply observing where the trees end and massive uncontrolled development begins.

Sad but that is the world we live in.

Looking north From the Weldon springs dome you can see a tiny green protrusion extending from Busch wildlife. The is the O'Day branch creek and one of the last 200 acres of undeveloped land. The old farm was purchased by investment corporations and has lain fallow for 20 years.

As is their right as property owner the current plan is cleat cut and asphalt most of the 200 acres right up to the edge of the wildlife area.

So what of the Indiana bat?

Missouri is not the only state facing uncontrolled development and deforestation. The destruction is widespread and the survival prospect of these valuable insect controllers appear dim.

What can anyone do to save these flying mammals? Bat houses is one option.

Bats are sort of scary however houses are needed for the mothers to raise their cubs.

The unpleasant triad of land developers, politicians & real estate investors are not going to cease cutting until North America is paved from sea to shining sea.

Despite any local protests deforestation will march on.

That leaves only efforts by concerned individuals to slow the inevitable loss of all bats. 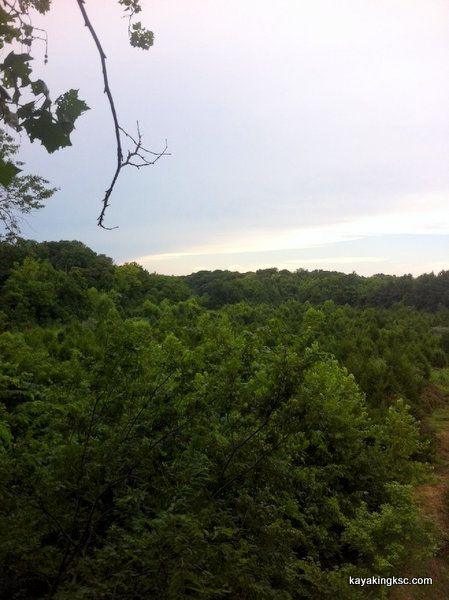 View of the last 200 acres from the bat house tree

When I stand on the stream bed of the O'Day creek I survey the last 200 acres with sadness.

I can envision the pioneers crossing the plains where the skeletons of a million bison lay scattered in the dust. The wide eyed pioneers trying with some mild curiosity to understand what the buffalo ghosts looked like; so it will be a similar story with the Indiana bat.

Lily the bat & the white tree roost for her pups

On the property of Stone Bridge Stables & nearly adjacent to the last two hundred acres of green is a giant white bark sycamore tree.

Currently the back drop to this tree is old growth oak and hickory that will soon be gone.

The backdrop will change first to bare rock and red clay and then to row upon row of postage size yards and cookie cutter houses will appear. (The nature of the world we live in)

I looked upon the great sycamore and decided to do something.

Maternal bat houses should ring the giant tree. (The one tree and nine rings?)

These bat houses could at least provide some summer shelter for the bats. Animals that due to past superstitions have no protectors and very little legal protection. 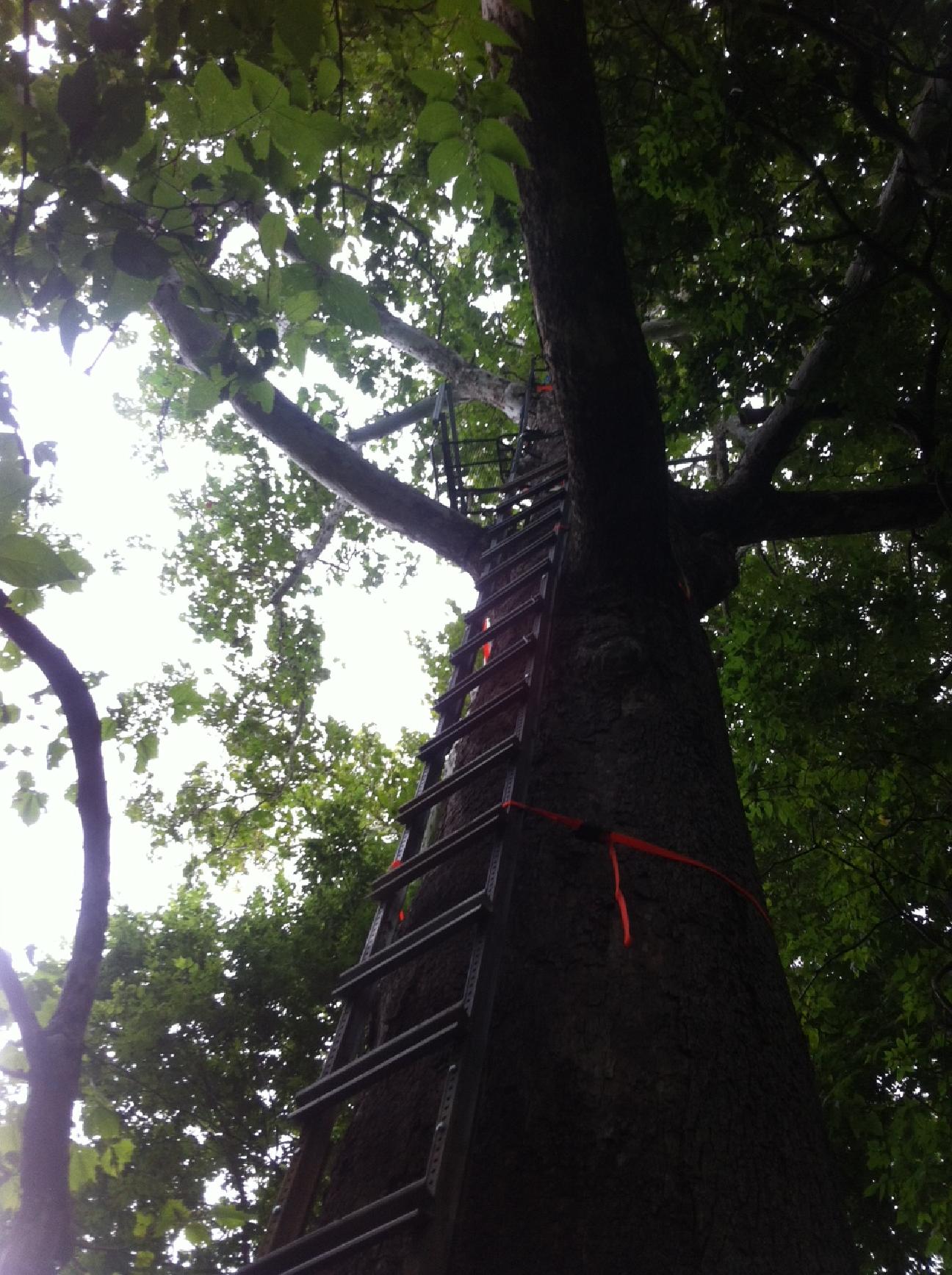 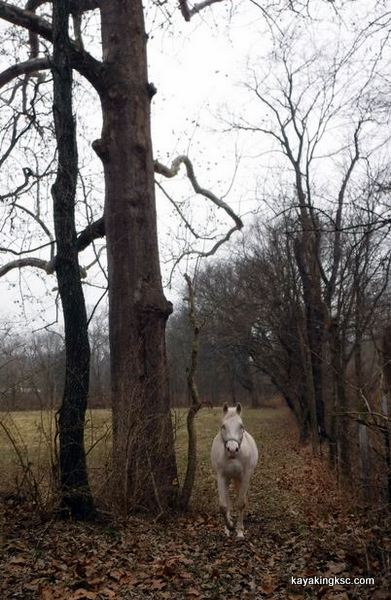 View of the "Bat House Tree" in winter

The bats should have a mascot. "Lily" with her pups for the few  remaining summers the that the Indiana Bat is alive outside of a zoo.

Note: When all the trees are gone, & the fungus destroys the remnant population of bats, the Federal Government will THEN declare the bats endangered and offer protection. They will offer rules that no more trees can be cut down. However by that time the trees and bats will be gone. 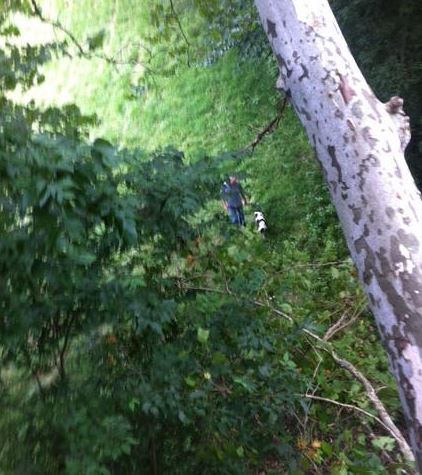 View of my brother from the bat house project

Hunting down my photos of the white tree and the efforts to construct ladders to install the bat houses.

Presentation to the O’Fallon, Planning and Zoning Committee in opposition to paving over the 200 acres. We all live down stream

Page Under Construction as I seek to purchase another large bat house.... 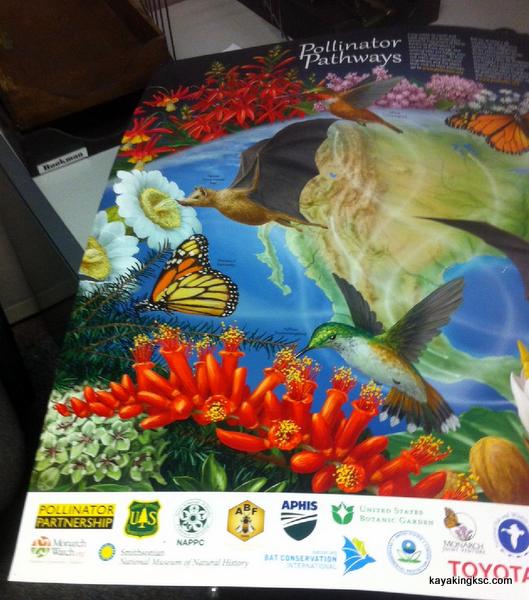 JUST BECAUSE I ALWAYS LIKED THIS POSTER

(and I have key board)

Another photo of the Bat/bird poster on the floor of the now demolished NASA building.

The following items were emailed to me after reading my plans to build multiple bat houses. 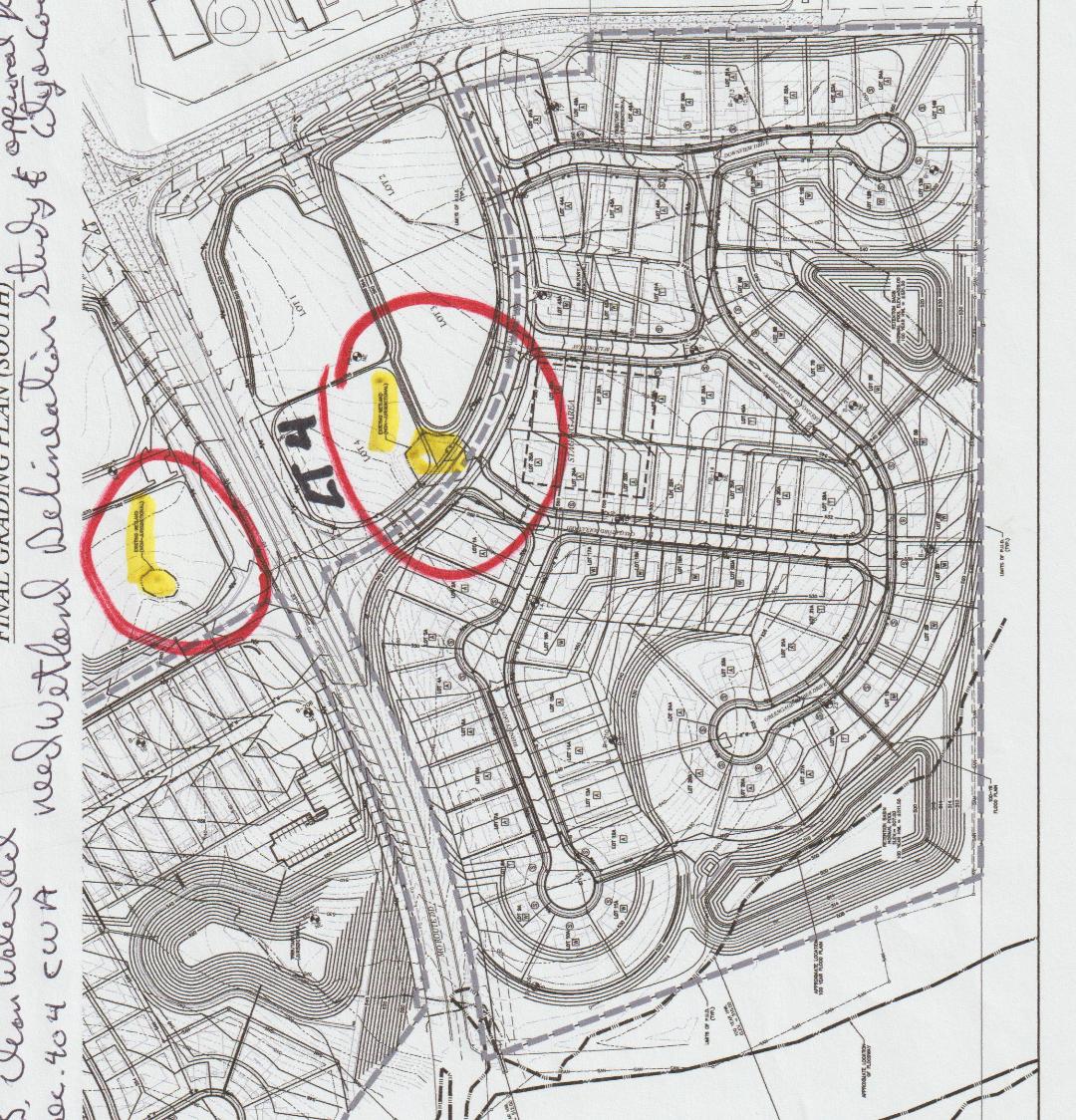 Partial plan for the new development and the two ponds that will be drained. This was part of a bat defense speech at the planning and zoning meeting. 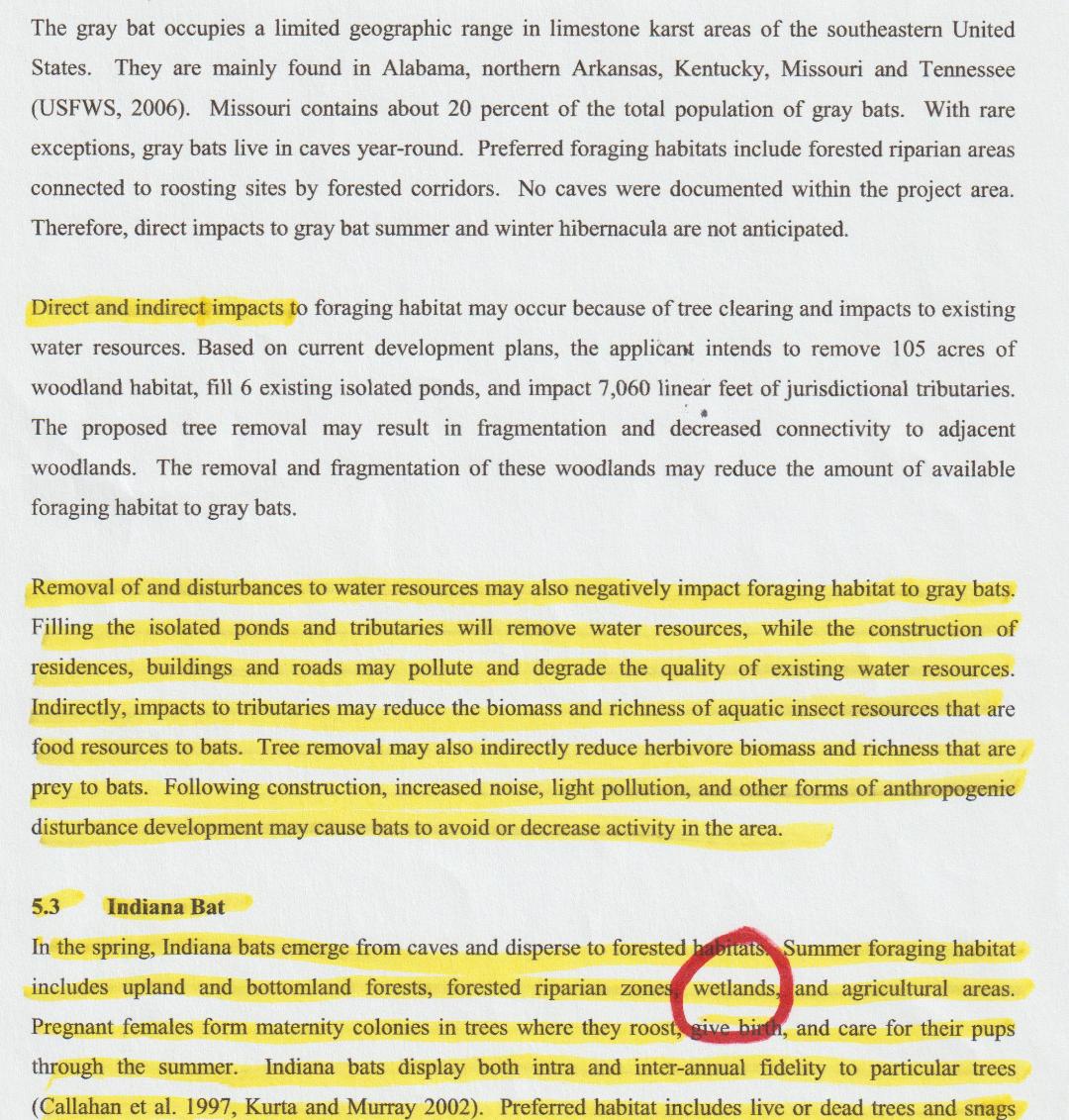 This was part of a bat defense speech at the Dec. planning and zoning meeting. (I will transcribe it when I get caught up) It is a very interesting read on the current plan and the affect on bats.

UPDATE:   January 2020, huge sections of the forest were cut down for the timber prior to building houses.

By law, they cutters had to get the trees down before the bats and pups moved into the trees.

And cut they did. 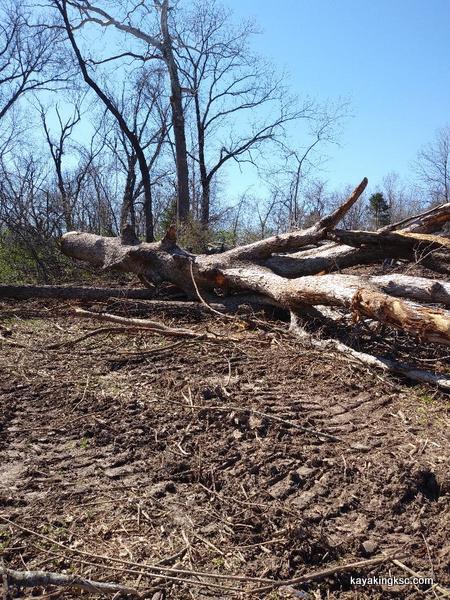 A photo of just one of the trees cut.

However our monitors noted there was no enforcement.

At the county meeting, it was noted that it would be too big of an expense for the land owner to follow the law and get and accurate count of trees. Obviously the good old boys in charge find the environmental laws to be an obstacle to ignore.

Our monitors also challenged the tree cutters when they strayed over onto the property of  the ODay Park and cut down old growth oaks.

The response to the challenge of trespassing was to pull the cord on the chain saw and down came the oaks.

And the City of O'Fallon? 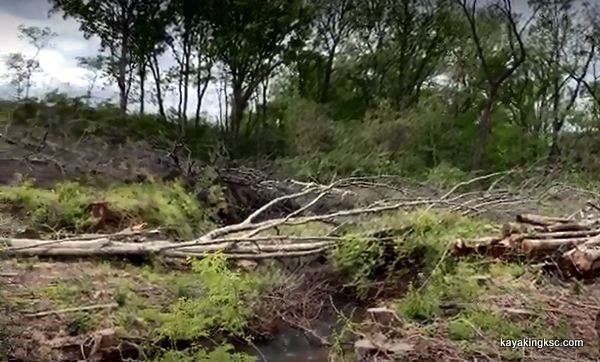 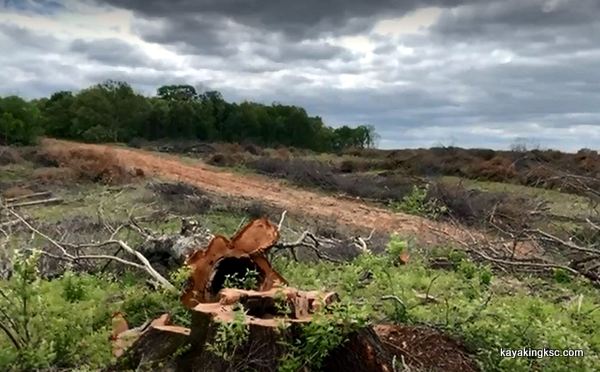 The Enchanted Forest, or rather the saw dust.

Final note: this was the honey bee hive tree that had there since we were kids. Who needs bees they might say.