My letter response letter concerning their absolute refusal to protect the environment.

Absolute refusal to protect the environment.

Sort of odd, for a tax-payer funded organization, with the claim of protecting the environment, absolutely refusing to do such.

I have said it before. They have a wonderful web site with glorious claims of protection of the environment.

Who cannot get behind the effort to support the environment?

That would be the MoDNR. At least by our interactions with MoDNR. They have refused to walk the walk.

They have said, "Get a Lawyer" which is code for "Go Away Serf."

(Because: Who can afford a lawyer? And when the lawyer you do have, decides to flee in panic?)

And what is the point of funding an organization who's main goal seems to be, ensuring retirement, environment be damned?

Our tiff with MoDNR began years ago when the Department of Natural Resources allied with the oil company against us, when the oil company's leaking pipeline finally burst.

Our web page on the spill (navigates from this page) 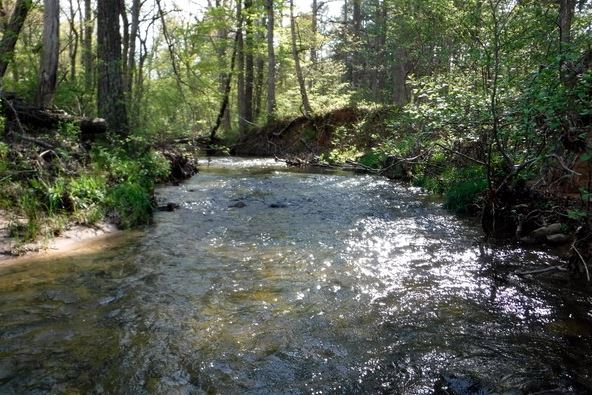 The O'Day Creek Before O'Fallon and MoDNR allowed the destruction 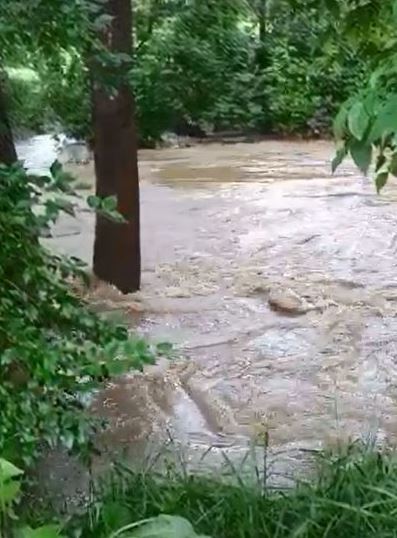 The O'Day Creek AFTER O'Fallon and MoDNR allowed the destruction

Here is just one of many letters, by many people to the MoDNR concerning the flooding of the two streams in eastern Missouri.

Ms. Franklin,Thank you for your response.

I needed a few days to reflect upon your letter and to compose a letter of apology. My previous comments had been based solely upon my ignorance.

I want to apologize for any rude comments and accusations I made. My statements had resulted from frustration and a misunderstanding of your responsibilities and restrictions.
I believe I have a better understanding of the role of the MoDNR.  (That is my sense of humor)
I am indeed grateful that someone is actively seeking to protect our environment and resources. I shudder to imagine a world where the land speculators and developers would be allowed to ravage our nation at will.

Certainly, we are disappointed.

As you stated about MoDNR: "We only authorized the land disturbance activities at that site"

My observation is then that there is NEVER any consideration to those that live below the land disturbance? The downstream silt victims. The turbid water streams? And, of course, the pesticides and fertilizers that neither you nor Mr. Gould will address?

I can only make the inference or assumption that neither our horse pastures and spring creek, nor the proximity to the wildlife area was a consideration to your issuing a permit. Nor was it a factor that the 300 acres ravaged to bare clay and soon to be coated in an impervious surface; is a slope, a giant catchment basin shooting directly at our property.


The Conoco pipeline leak. For some unknown reason, you suggest that we ask for more information using FOIA  about the ten-year nightmare we suffered through?

Our pets died.
Our trust in the MoDNR was severely damaged, we became the enemy, and Conoco, your cohort, in environmental destruction.

You want us to request what with a FOIA?

-The fact that the land speculator GAVE away 55 acres of contaminated land to the City of O'fallon because they were aware that the 1935 Cherokee pipeline had been leaking petroleum products for 50 years, and this only came to light when the pipeline leaked 70,000 gallons into the O'Day creek. (A capitalist company gives away some of the best lands in St. Charles County-because they were terrified, of course.)

-The fact that the entire area from Oak Drive to Highway 64 should have been declared a superfund site?

Including the abandoned oil refinery that used to sit at the intersection of Highway DD and Highway 64. (I used to explore the ruins and marvel at the many-colored water. Damn well did not let my horse drink any water near that refinery)

-Request information about toxic vapor intrusion for homeowners who will purchase homes on the old leaky pipeline route? Does MoDNR have an obligation to warn future homeowners?

-Request information if MoDNR took any special precautions when they gave the land disturbance permit over the contaminated pipeline route to create O'Day Park?

-Out of curiosity, request if the MoDNR's land disturbance permits allowed for the disturbance of native American artifacts & human remains under the current O'Day Park playground or the plowing under of the Callaway, Frazier, and O'Day pioneer cemetery on the new Streets of Caledonia. Not to mention the unmarked African American graves outside of the marked cemetery.

-We already know that the company that purchased Conoco immediately shut down the leaking Cherokee pipeline.

-We already know, because we took them to federal court.

-That the company that purchased Conoco immediately paid to have forty dump-truck loads of contaminated gravel removed from our property. (After ten years of MoDNR warlike insisting there was no pollution in the O'Day.)

-We already know, and you would also, if you cared, that the O'Day Park is "C" shaped, perfectly to fit around our property. And that both the oil company and MoDNR agreed not to remediate the bottom section of the now City property.

-I do not use tax dollars to defend my job; however, I can send photos of the O'Day Creek contamination, but it is your job to defend. (STOP) I apologize; I do not actually know what your responsibilities are.

The last thing I want to do is to insult you because of my ignorance or false expectations.

Yes, I can send photos of surface contamination in the O'Day Creek where your organization did not insist on remediation of the pipeline leak.

Should I expect any different outcome?
You strongly hinted that any fish kills were difficult to determine because of scavengers. That is amazingly convenient.

As mentioned, I believe I do have a better understanding of the role of the MoDNR.

I do take issue with your statement: "Our plan for minimizing stormwater runoff and pollution at any specific site is to ensure that the permittee installs and maintains effective erosion and sediment controls that meet the requirements of the aforementioned state operating permit which in turn minimizes pollution to waters of the state." unquote.

I will have to leave that as your noble goal or bragging rights of your organization, but failure in practice. I can send those photos also.

Once again, I do apologize for my ignorance. Part of my confusion arose from the expectation that your existence via taxpayer funds is to protect the environment. This dissonance of reality and expectations partially comes from your own website, which gives the impression of the environmental watchdog.

This subject matter is all new to me, and I could have easily been fooled by the stated purpose of the MoDNR. "Decrease erosion, stabilize sediments, and decrease turbidity."

Willful blindness on my part that I believed the propaganda- a human phenomenon to which we all succumb in matters little and large.
I have been the victim of my own making, of mostly wishing for the protection of the streams of Missouri while conveniently filtering out the nature of bureaucracies and the power of money and the real estate companies that write environmental law.

I am amazed that after our family's past disappointment with the MoDNR, when Your Department actively defended the pollution of Conoco Pipeline corporation that I assumed there were changes and improvements.

Again please accept my apology for mistaking the purpose of the MoDNR.

Your statement about legal action:The one overarching theme said to us repeatedly by all DNR representatives is to "Get a lawyer."
We, as the taxpayers, cannot afford the services of a lawyer, nor would a lawyer wish to take on our case, when organizations like yours have written the laws to favor and protect the land speculator and the developers.

The developers are doing no wrong by following the rules they have written and you enforce.

So the ordinary citizen can neither afford nor prevail against the grievances that the MoDNR winks approval to.

A few of your comments were insulting? Obviously, some of the comments were written not to address our concerns but to placate a supervisor.

NPS pollution Two entire (entertaining) paragraphs discussed vague NPS pollution and adding links when you know very well; I am referring to the cocktail of poisons that will be rolling off the new development to our livestock and then the wildlife area.

The fact that you refuse to address my specific concerns screams loudly.

As mentioned, I believe I do have a better understanding of the role of the MoDNR.
Your statement: "If you want additional information on the Department's efforts associated with nonpoint source pollution, beyond what is included in the attached response, please reach out to John Hoke."

And Mr. Hoke is going to what? Patiently explain to the noisy serf, that not a single drop of pesticides, oil, and fertilizers will flow into Missouri's steams? No turbidity because of MoDNR.

Indeed I do apologize again.
My statements were not meant to impinge or insult, but simply a sign of frustration.

The pioneer cemetery, the native american artifacts and bones, the abandoned oil refinery and the soy bean fields that smelled of fuel, and the O'Day Creek before it was murdered were all part of my Missouri childhood.

The only active honey bee nest in the area was in an ancient oak near the entrance of the Caledonia development. The tree was immediately cut down, the bees murdered- why?

In conclusion, I think I understand your letter, --the floods, the pollution and fish kills, the bees and bats are not your responsibility.
However Toxic vapor intrusion and the resulting cancers in people is not a laughing matter.

We have reviewed the Department’s efforts on the multiple concerns you have sent to the regional office associated with stormwater and Stonebridge Stables. With the information we have at present, it appears this office has done all it can do to assist you, under our current regulatory authority. Please find the Department’s response attached.If you want additional information on the Department’s efforts associated with nonpoint source pollution, beyond what is included in the attached response, please reach out to John Hoke. He is with the Water Protection Program’s Watershed Protection Section and we have discussed your concerns with him. Regards,

Learn more at dnr.mo.gov. We’d like your feedback on the service you received from the Missouri Department of Natural Resources. Please consider taking a few minutes to complete the department’s Customer Satisfaction Survey at https://www.surveymonkey.com/r/MoDNRsurvey. Thank you.

I did not address to the MoDNR about the missing original trees and missing retention ponds that were on the original park and development plans and then simply were gone from the plans.

My understanding is by Missouri law, 20% of the original trees should remain in any development.

WE ATTENDED ZONING MEETING WHERE THE CONTRACTOR REQUESTED A VARIANCE TO REDUCE THE AMOUNT TO 10 PERCENT.

The Planning and Zoning for the City of O'Fallon agreed to reduce the trees to 10%. We requested to know what was the number of 10%?

"No need to count," they stated.

So how, may I ask the corrupt soviet type committee, "How does anyone know, if 10% remain?"

Then the developers began a ping pong like game of changing ownership. It appeared like each change in owners, more trees were cut down. I am fairly certain that MoDNR would shrug their useless shoulders and say get a lawyer.

My copies of Google may photos of before the destruction of the forest does give a count of trees. But obviously this is not an enforced Missouri law.

My Bat page has many before and after photos of the area once known as the Enchanted Forest.

Return to the Assaulted by the City of O'Fallon Page

Return Home from Letter to the MoDNR page