In between a full time job at the Space Center and kayak/canoeing the No Motor Zone and preparing for  340 mile kayak race there was Paintball. A LOT OF PAINTBALL...

An addiction in fact.

Across the Indian River from Kennedy Space Center is the 90 acres of pine trees that was once the Premier paintball field on the east coast of Florida.

The idea for Space Coast Paintball was forged from the crucible of Space Center workers who traveled to remote areas of Florida and Georgia to play in both scenario and tournament paintball games.

Independent & often at on opposite sides were paintball teams formed from the Obiter Processing Facility, the launch pads & Crawler, Communication groups, security teams and NASA clubs. 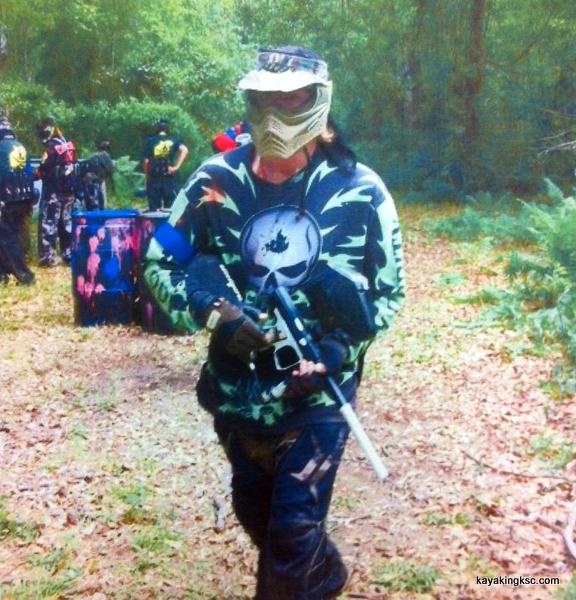 Slowly the teams gelled into one club to become the dominant feature on the Florida Paintball scene.

There was also a consensus that many fields lacked in safety and quality features: Play time, field design, forest cover, parking and obstacle courses.

We could do it better. 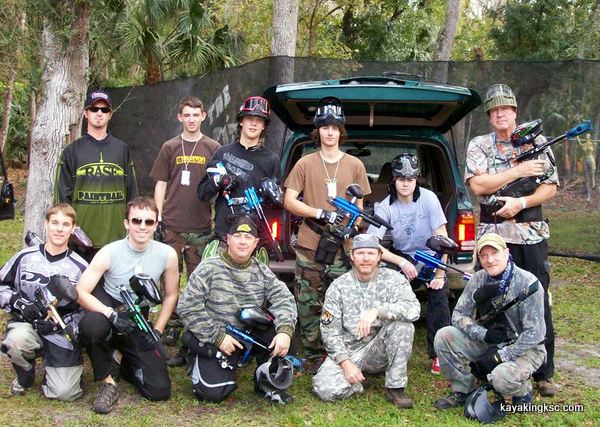 Some of the founding members of Space Coast Paintball

And so an extensive search for the best Paintball field location.

The old gun range a KARS Park worked for a brief time. Buildings, indoor plumbing and huge berms as structure features. However KARS Park rules limited the amount of players by restricting the amount of guests a member could bring. 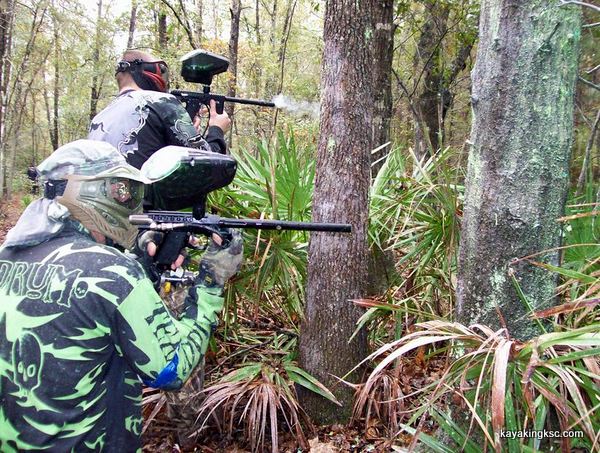 Found the perfect location in Titusville!

At the same time the 90 acres came available in Titusville west of the Space Center, so did the talents of one of the best paintball players on the planet as a manager.

Not only did the 90 acres have a large building with indoor plumbing & electricity; the land was dry! Something that was often VERY difficult to find in any Florida Paintball field. 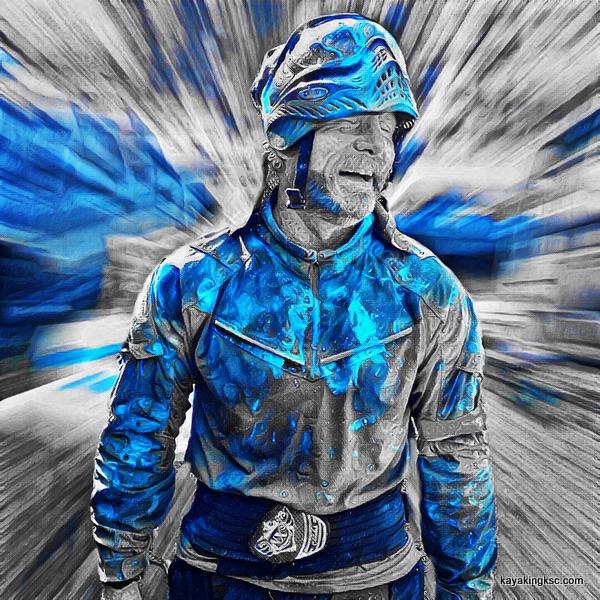 The legal documents of incorporation were filled with the State of Florida and the business proposal was presented to the Titusville City Council.

The City council meeting was off to rocky start as the residents of the community on the other side of the 90 acres protested the "Para Military Training" that would happen next to their nice neighborhood. To our surprise an urban myth had swept west Titusville. A myth that paintballs would travel a mile striking eagles and Ospreys before landing in their back yards.

The concerned citizens were invited to observe the paintball field and were instantly mollified. No big deal. 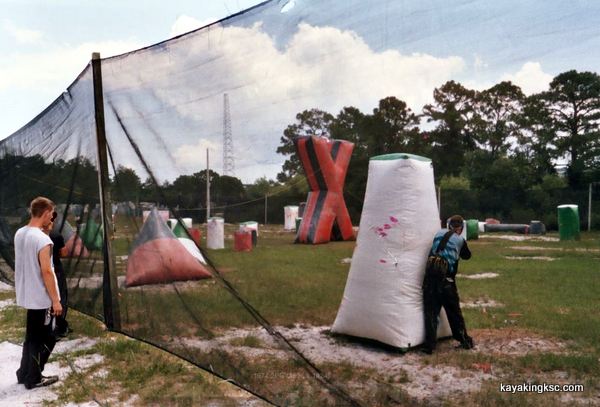 Teams from all over the southeast descended upon SCP! 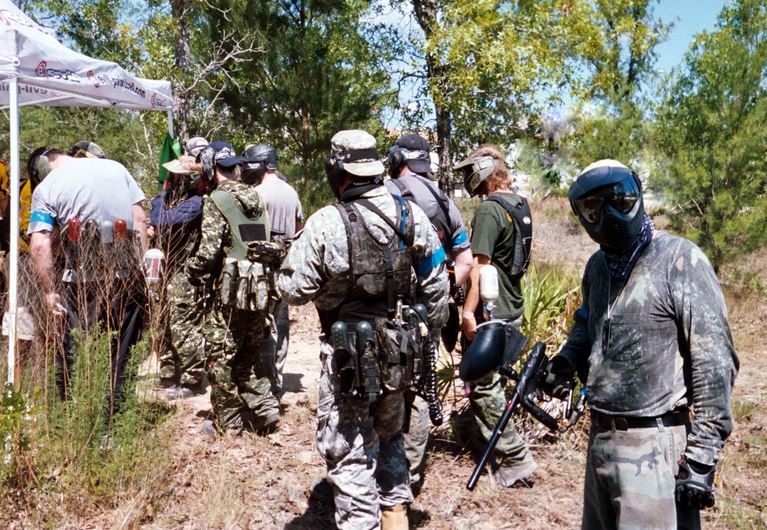 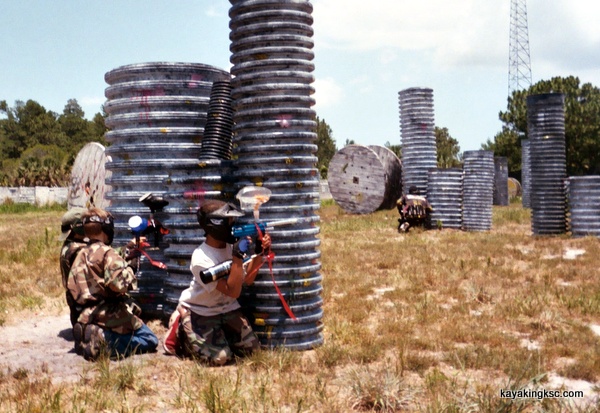 The tube field was good for quick fast games 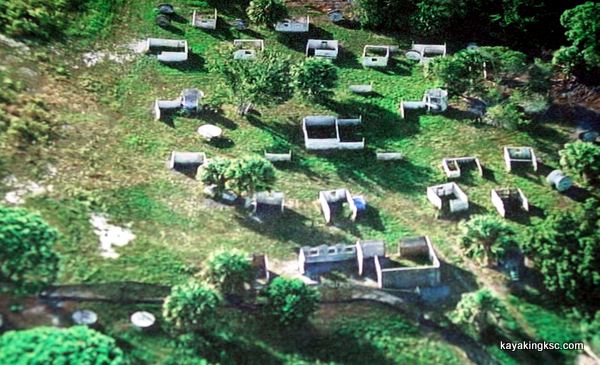 And who could forget the emerald city in the woods? 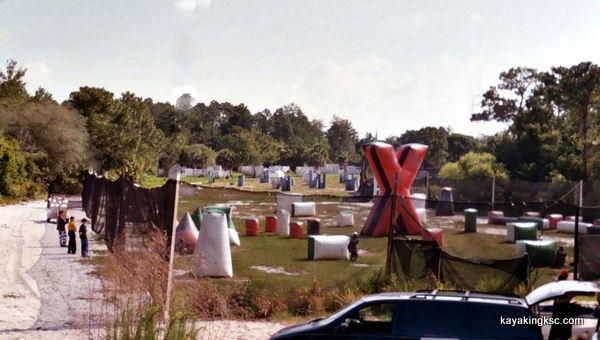 View from the air fill station and store

(We did do it better) 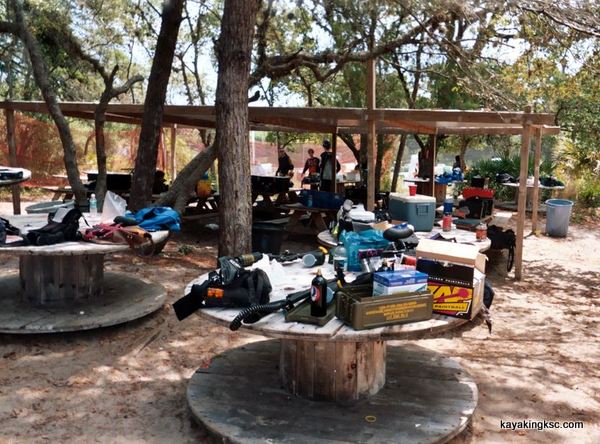 One of the staging areas

And so the six year adventure began.

Very quickly we had the best paintball field on the east coast with a huge inventory of clothing, masks and markers.

Within one year some of the best Pro paintball teams in the US were traveling to the town of Titusville for winter practice at Space Coast Paintball.

And tournaments with huge prize money were being held that attracted teams from all across the south east. (money talks)

After the first two hectic years a focus was shifted to Scenario games -Two day games that were often played all night.

There was after all 90 acres of pine forest to roam. 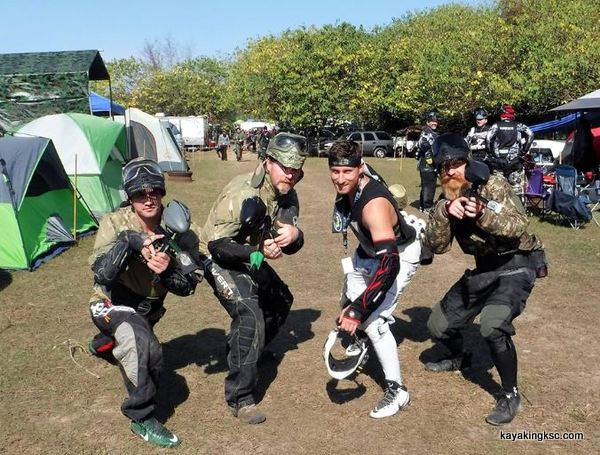 Trips to play at other fields became popular. The SCP scenario and tournament players had been drilled by some of the best players in Florida and most of the traveling players were armed with the most modern markers available from the pro shop.

New players, greater firepower and the rewards of confidence and hard training paid off in victory upon victory.

A Godzilla had arisen from the east coast to stomp onto the playing fields of Florida and Georgia. 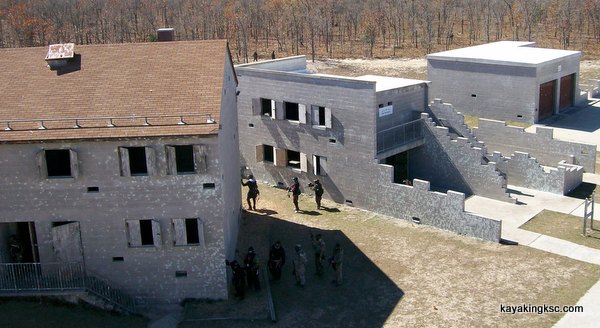 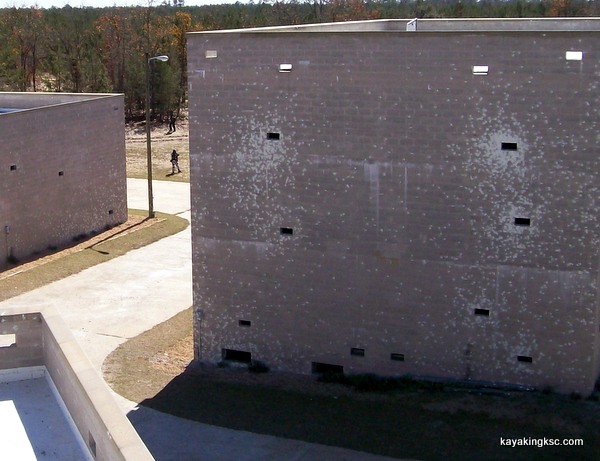 Firing ports from basement to third floors were called "Murderholes" & you can tell the most important locations by the paint. 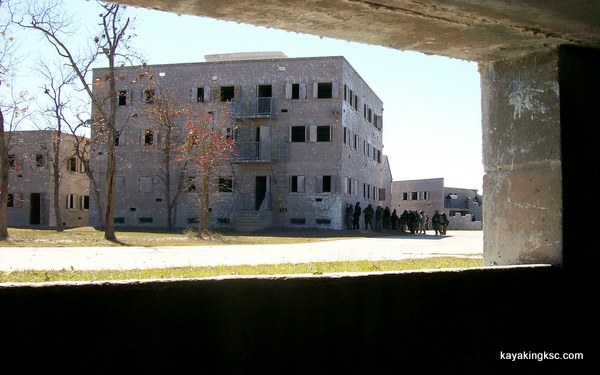 Classic view from a Blanding murderhole......Those players behind the building? (Check and reload your hopper before letting loose and watching a few get away) 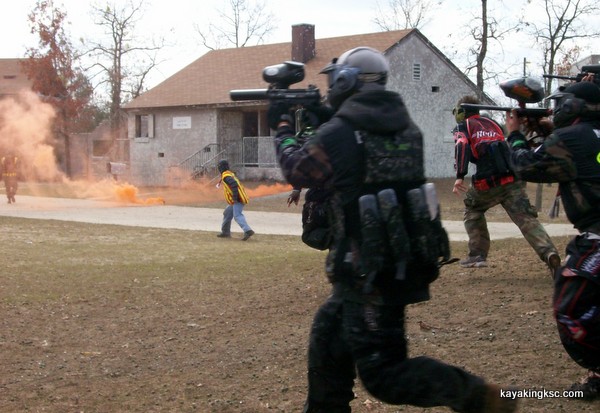 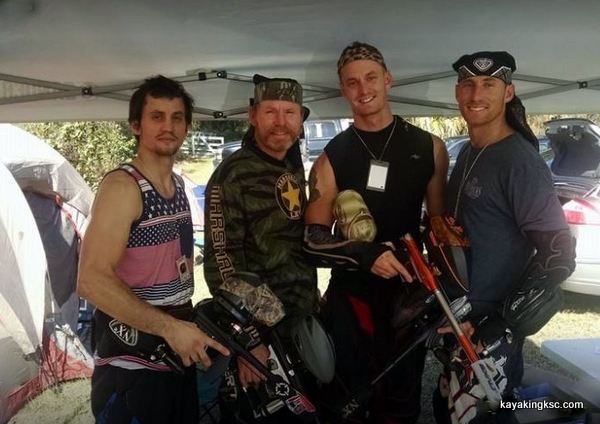 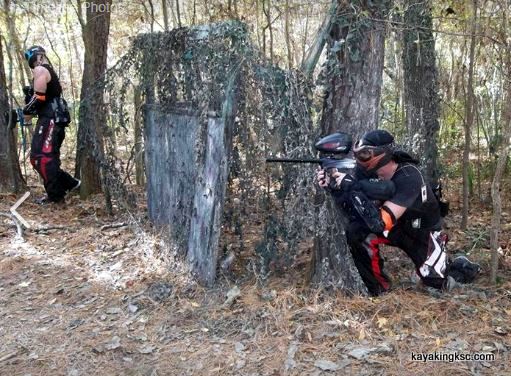 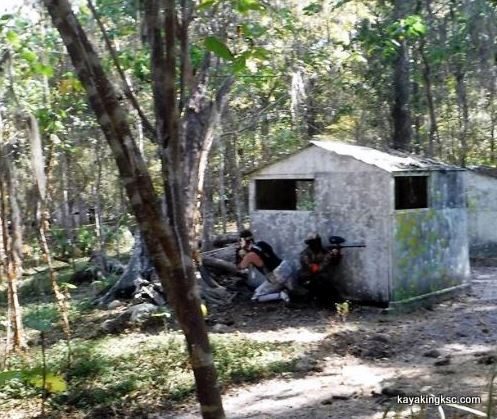 A building too far 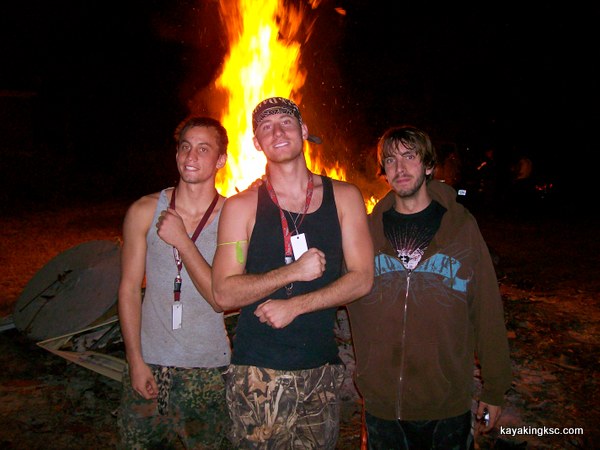 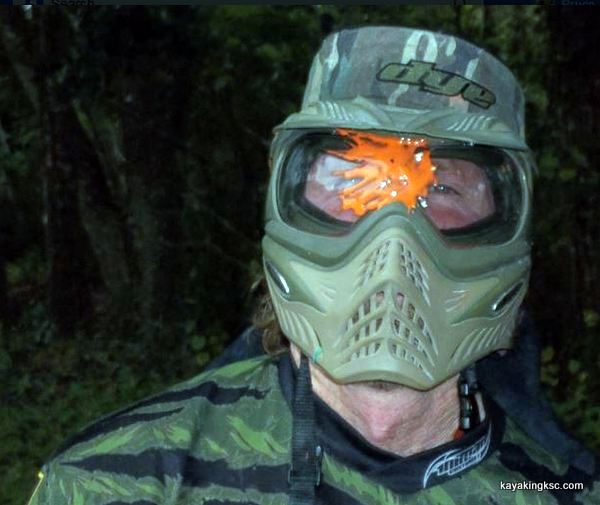 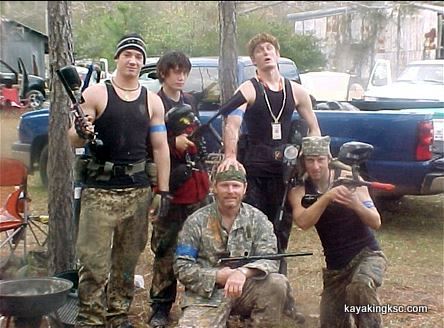 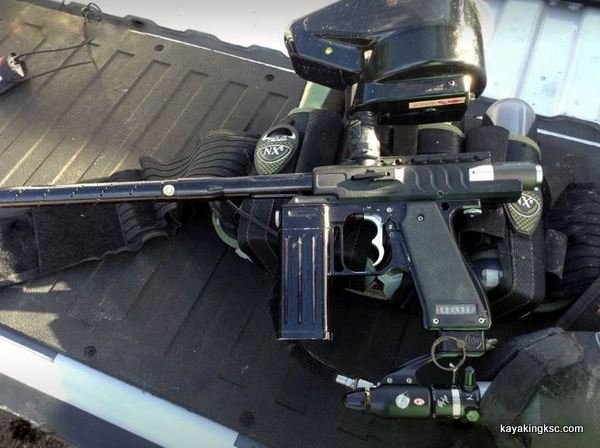 Well, my business classes stressed the following about partnerships:

And there were four partners in Space Coast Paintball with all the complications that might entail. 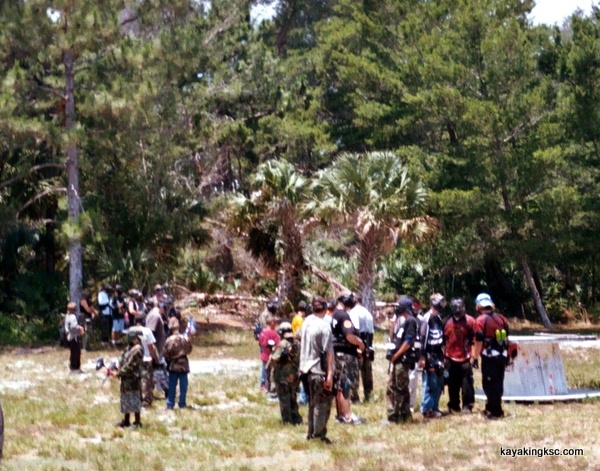 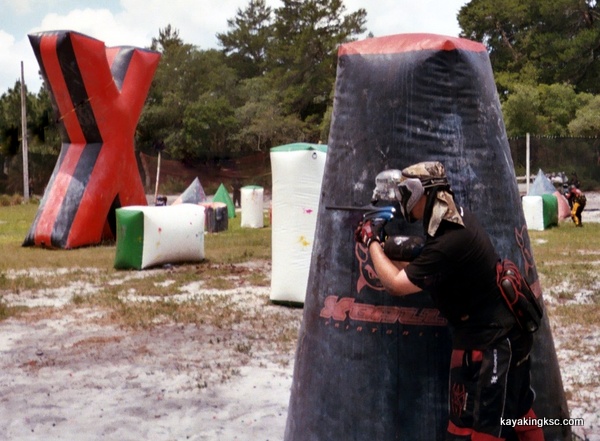 One factor: Three of the Owners had FULL time jobs at the space center. Add in 30-40 hours a week at the Paintball field! (That's not counting the travel & play time to other fields for "research"...... 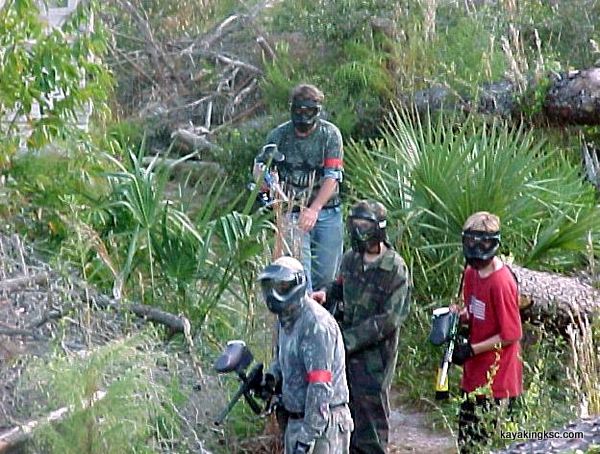 Hurricanes along the east coast were costly and time consuming

The building roof had to be replaced TWICE

The high sand ridge pine trees came down by the hundreds requiring weeks/months of chainsaw work.

Have to be careful how far to dive into the dirty laundry......